Former US Ambassador: Ukraine Should Not Be Prerequisite for US-Russia Diplomatic Progress 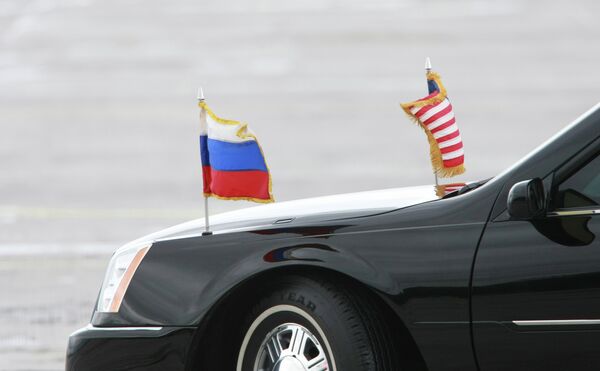 © RIA Novosti . Mikhail Fomichev
/
Go to the photo bank
Subscribe
The crisis in Ukraine has exposed the need for renewed diplomatic efforts to mend the US-Russian relationship, but Ukraine should not be prerequisite for engagement, former US ambassador to Russia Thomas Pickering told RIA Novosti.

WASHINGTON, September 9 (RIA Novosti) - The crisis in Ukraine has exposed the need for renewed diplomatic efforts to mend the US-Russian relationship, but Ukraine should not be prerequisite for engagement, former US ambassador to Russia Thomas Pickering told RIA Novosti.

“[The] idea is not to make Ukraine a sine qua non [essential condition] for progress, but obviously it should be addressed along with other issues,” Pickering said Monday.

Asked by RIA Novosti whether there were areas outside the Ukraine crisis where trust could be rebuilt between the US and Russia, Pickering replied that “there are other areas where so far there is some trust, Iran negotiations for example.”

Pickering contributed to “Giving Diplomacy With Russia A Chance,” an opinion piece in Monday’s New York Times written with two other former ambassadors who served in Moscow, Jack Matlock and James Collins. The former ambassadors argue for a “vigorous diplomatic approach” to ending the conflict in Ukraine and bringing the United States and Russia out of the “steady diminution of engagement between the two governments and societies.”

The authors warn of the results of diplomatic failures between the US and Russia. “Each of us has seen the high price paid when relations and dialogue between Washington and Moscow break down... Each time relations broke down, there was a high cost to the cause of peace and security for both the United States and Russia, as well as their allies.”

The opinion piece expresses hope that America’s new ambassador to Russia, John Tefft, can help improve relations. Asked what advice he would give Tefft, Pickering said, “establish strong relationships with the Russian government, speak rarely and only very carefully to the public and in the media.”

Russian-American tensions have been escalating increasingly since the military coup in Kiev in February. Since then, the United States has led a series of sanctions against Russia. Russia has responded with product bans, and announced on Monday an “asymmetric” response to new threats of further sanctions.