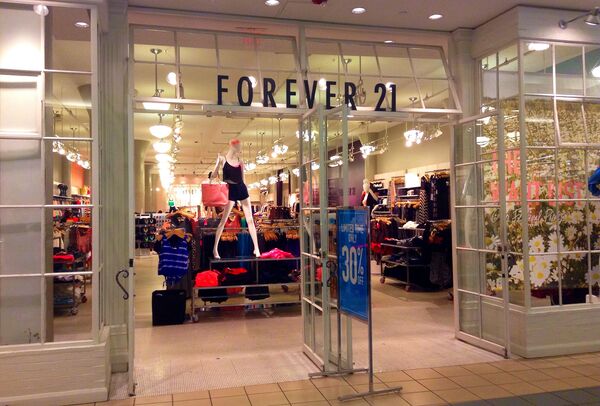 American youth fashion brand Forever21 is scheduled to open its first retail store in one of Moscow’s major malls on September 20, the brand stated in a press release.

MOSCOW, September 9 (RIA Novosti) – American youth fashion brand Forever21 is scheduled to open its first retail store in one of Moscow’s major malls on September 20, the brand stated in a press release.

The opening of the store was announced last year, but postponed until the end of September due to regional concerns.

Forever21 is the first American company to enter the Russian market since early March, when the US imposed economic sanctions.

“A few of our US clients have decided not to proceed with financing through a Russian bank even if the sanctions did not affect that particular bank”, said Andrey Goltsblat, head of Goltsblat BLP, a Moscow-based law firm, as cited by Forbes.

However, according to more optimistic forecasts on US business in Russia, companies do not want to be involved in the sanctions exchange process. "Businesses are caught in the middle, because while they want to be loyal to the government, they have major investments here," said Laura Brank, Head of the Russian branch of Dechert LLP, a major international law firm.

Despite political tensions between Russia and the US, no clothing brand was forced to withdraw from the Russian market. For international companies, such as Forever21, the political situation is not a reason to change their international business strategy. As the brand announced in a press release, the goal of the company is to open 600 stores in the next three years all over the world.

The Forever21 brand was founded in Los Angeles, California in 1984. It has branches in major cities in America, Europe, Middle East and Asia, but this represents its first Russian store. The shop will stock the main line, as well as special collections and cosmetics.