Energy Minister: No Talks with Iran on Barter Supply of Oil, but ‘Deal is Possible’ 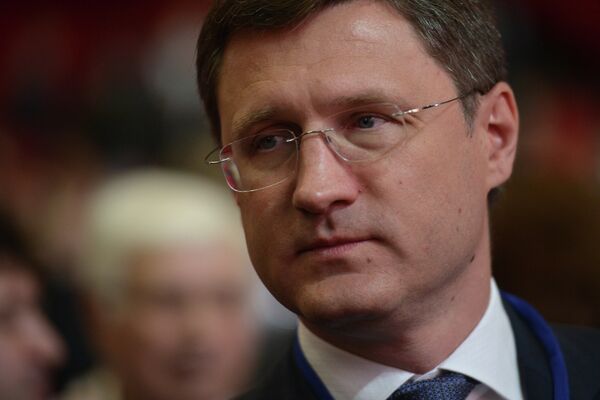 © RIA Novosti . Ramil Sitdikov
/
Go to the mediabank
Subscribe
International
India
Africa
Russia does not negotiate on oil supplies from Iran through barter, but such a deal is still possible, Russian Energy Minister Alexander Novak said.

TEHRAN, September 10 (RIA Novosti) - Russia does not negotiate on oil supplies from Iran through barter, but such a deal is still possible, Russian Energy Minister Alexander Novak said.

"As for the barter, we have no such negotiations. Currently, there is no such contract, and we’re not talking about oil supply to Russia. At the same time, Iran sells its own oil... We have a suggestion to allow our traders to participate in this [process]," Novak said in an interview with Rossiya-24 TV channel. The minister noted that, despite the current absence of any arrangements, such a transaction is theoretically possible.

Russia and Iran are discussing the deal for the supply of grain in exchange for oil, first deputy CEO of Russia's state-controlled grain trader, United Grain Company (UGC), Andrei Gormakh said on Tuesday. The UGC could supply Iran with 2.1 million tons of grain a year, Gormakh said.

In January, various media sources reported that Russia and Iran are allegedly discussing the delivery of about 500,000 barrels of Iranian oil to Russia per day in exchange for Russian equipment and products. The White House Press Secretary Jay Carney then said that the United States intended to seek sanctions against Tehran and Moscow, if the transaction did take place. The Kremlin spokesman, Dmitry Peskov said in August that the United States threaten Russia with sanctions in response to almost any kind of actions, but it is not a deterrent to Moscow's cooperation with other countries.