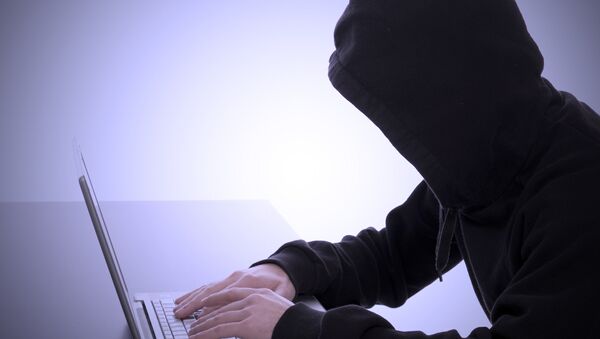 © Fotolia / Paolese
Subscribe
International
India
Africa
An email containing an attachment for tickets to a Peter Pan performance at the Bournemouth Pavilion theatre turned out to be dangerous “undetectable” malware from Eastern European hackers targeting thousands of British businesses, The Telegraph reported Tuesday.

MOSCOW, September 9 (RIA Novosti) – An email containing an attachment for tickets to a Peter Pan performance at the Bournemouth Pavilion theatre turned out to be dangerous “undetectable” malware from Eastern European hackers targeting thousands of British businesses, The Telegraph reported Tuesday.

"The internet was built on a basis of trust and that paradigm has long since broken down. It's the dirty secret of the computer security business that the attackers are winning,” Andrew Conway, systems analyst at Cloudmark internet security was quoted as saying.

"If someone is sufficiently determined to break into your system, if you're a sufficiently high value target, then they will be able to get in," Conway added.

If clicked, the email attachment posing as printable tickets for three adults and six children to Bournemouth Pavilion theatre’s Peter Pan performances in December downloads a series of sophisticated viruses designed to steal highly sensitive personal and commercial information including passwords. The malicious malware is virtually undetectable by anti-virus spyware and can potentially spread itself to other machines via the victim’s internet connection, the newspaper reported.

Experts claim the attack originates from the Belarus’ National Academy of Sciences, but has also been traced to servers based in France.

"You see a lot of attacks coming out of Russia and the old Soviet Republics, out of Eastern Europe, partly because they have a great educational system, turning out a lot of smart people who know all about computers, but not that many employment opportunities for them," Conway said.

The ongoing battle against hackers will become more difficult as educated individuals use their expertise for computer crimes in countries offering few opportunities in high-tech sectors, according to Conway.

The Bournemouth Pavilion has posted a warning about the email attacks on their official website. Initial investigations found the dangerous spam was not sent from the Bournemouth entertainment company.