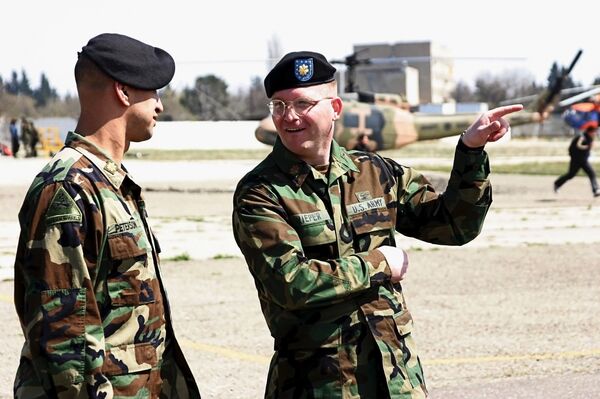 “When you’re married into the military, it’s a very transient lifestyle,” Christine Gallagher, an active-duty military spouse and deputy director of Spouse and Currently Serving Programs at MOAA said.

“Every few years the military will ask you to relocate, so the idea is really preparing spouses to enter the workforce where their duty station is,” Gallagher was quoted as saying by the news agency.

Gallagher claims military spouses experience greater difficulty when searching for jobs due to a military lifestyle which often requires families to relocate. The event is scheduled for September 17 at the Marston Pavilion at the Marine Corps Base Camp Lejeune in North Carolina and will provide resources to aid spouses either entering or re-entering the workforce.

“The idea behind the program is really to inspire, empower and inform military spouses on what resources out there that they can utilize,” Gallagher said.

“We bring subject matter experts in from the installations at, community, state and federal level,” she added.

The event will feature a ‘Real Spouses, Real Stories’ discussion, where military spouses share their career successes and strategies, in addition to a speech delivered by Maureen Casey, the managing director of JP Morgan Chase. Attendees who already have jobs will also benefit from the symposium’s advice and networking opportunities. The event will provide helpful resume critiques in addition to professional LinkedIn photographs.

The 2013 Military Spouse Employment Survey conducted by MOAA and the Institute for Veterans and Military Families at Syracuse University revealed that 90 percent of female spouses were underemployed. The study also reported that military spouses make 38 percent less than civilian employees and are 30 percent more likely to be unemployed.