DPR Official: Prisoner Swap Yet to Begin as Kiev Fails to Hand Over Prisoner List 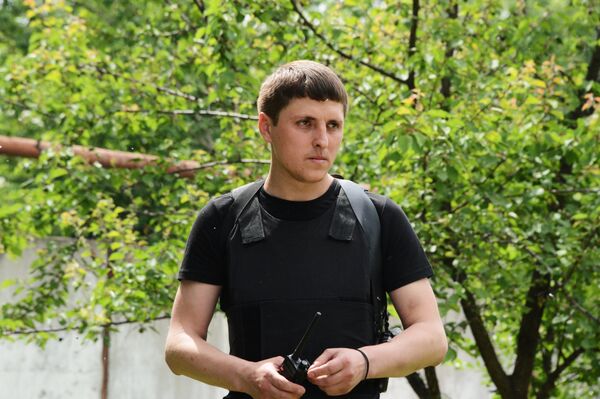 About 1,000 Ukrainian troops still remain captive in the self-proclaimed Donetsk People’s Republic (DPR) in southeastern Ukraine as Kiev refuses to hand over the list of pro-independence fighters it took prisoner, a DPR official told RIA Novosti on Monday.

“The thing is that we still haven’t received the lists of those [captive fighters] [Kiev] plans to release. We fear that we could release them all, and Kiev will try to cheat [us],” DPR Acting Security Minister Leonid Baranov told RIA Novosti.

“Kiev says it has around 200 to 300 self-defense forces fighters [captive]. However, there are still no precise lists. Furthermore, over 1,000 of our supporters and Donbas’ [Ukraine’s southeastern regions] civilians are said to be missing, but in reality are held captive,” Baranov said.

The self-proclaimed republic’s official added that the pro-independence forces are willing to let the Ukrainian soldiers go, but they want guarantees for the release of their own fighters first.

On September 6, the DPR’s Prime Minister Alexander Zakharchenko told the press in Moscow that the Ukrainian "prisoners of war" would be transferred to the Ukrainian forces on the same day. However, as of Monday morning, Ukrainian troops still remain captive in Donetsk.

The prisoner swap between Kiev and eastern Ukrainian pro-independence forces under the “all for all” scheme was agreed on during the Contact Group talks in Minsk on September 5, which brought together representatives from the Ukrainian government, southeastern Ukraine’s pro-independence movement, Russia and the Organization for Security and Cooperation in Europe.