Medvedev: Moscow May Limit Power Supply to Ukraine due to Crimea Cutoffs 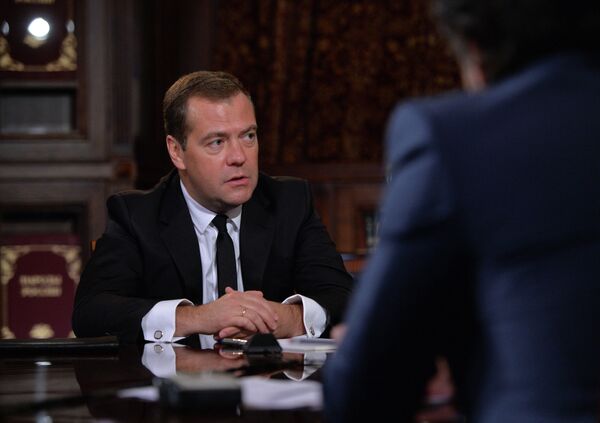 “Certain parts of Ukraine also have power shortages and receive electric energy from Russia. And he who makes not really smart decisions about restricting power supply to Crimea, should realize that symmetrical measures are possible,” Medvedev said.

Late August, Ukraine temporarily cut off the power supply to Crimea, leaving a number of major cities without electricity for several hours. According to the Crimean authorities, Ukraine reduces the supply in the evening hours every day.

Crimea is heavily dependent on Ukrainian electric power supply, with Kiev accounting for around 70 percent of electric power. The peninsula, which reunified with Russia following a referendum in March, also has its own sources of electric energy, including solar and wind power stations. Crimea’s integration into Russia’s energy system is scheduled to be completed by 2017.