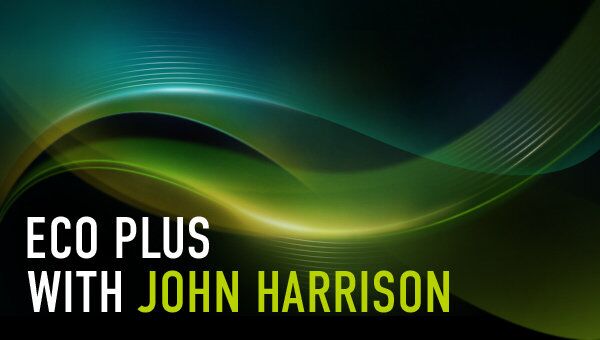 Large scale hunting and anthropogenic transformation of natural habitats as well as climate change have contributed to the emergence of Ebola and other serious diseases, believes researcher Hillary Young from the University of California.

Killing large and small animals (defaunation) is seriously affecting humans’ health and well being, through a negative affect on agriculture and increased occurrences of animal-human disease transmission. Ebola and many other serious diseases have appeared as a result of increased contact with wild animals. Large scale hunting and anthropogenic transformation of natural habitats together with climate change is increasing animal-human disease transfer. The disappearance of pollinators (bees) is another of the tragic effects of defaunation. Assistant Professor Hillary Young from the University of California gives her take on these and other issues.

Does defaunation and the consequent loss of biodiversity cause increases in pathogens which affect human beings?

Pr. Hillary Young: Yes, I think we can establish that the losses of wildlife affect pathogens that affect humans. More than 50% of all human diseases come from wildlife or other animals. These are the major diseases: this is plague, SARS, malaria. Even the recent Ebola outbreak came from a wildlife source. So, it seems that the reduction of wildlife would change the likelihood of contacting these pathogens quite a bit. And there are also pathogens that affect the plants, that we impact through defaunation and other types of disturbance.

How does defaunation aid the transfer of diseases from animals to humans?

Pr. Hillary Young: When we contact the animals, and this may be through animal hunting, like fishing, and commonly we also have animal parks and we can get diseases directly from them. When we are disturbing habitats hunting these animals, it is more likely that we are going to contact something new and novel. And that tends to be when we get these emergences of brand new pathogens that we haven't heard of before. That is probably how HIV jumped, it is probably how Ebola jumped: through this direct contact to the wildlife.

There is another potential pathway by which humans get contacts to a disease following defaunation. And that is something about the way in which we destroy wildlife in the system, it favours those groups of animals that are really good at carrying diseases to humans.

So, imagine an African savannah. We go out, we kill the elephants, we kill the monkeys and what is left, are rats and mice. And rats and mice have co-evolved with humans for many years. They carry many pathogens to us and they can get in our homes. They have a very close and intimate relationship with humans, because they are in our houses and in our fields. And so, they are much better at spreading diseases to us.

So, this systematic change in the types of wildlife that are left is really an important way of changing the diseases that we are exposed and, probably, the frequency disease exposure.

How did we manage to decimate the bee population?

Pr. Hillary Young: It is pretty impressive. One of things that was the most shocking about our study, was finding out that little animals were doing almost as badly as the big animals. We’ve really been effective in knocking them out. For many insects the culprit is out pesticide use and also habitat loss. Those two factors have really downed the number of many of our native insects, but also our native birds and bats that control the insect populations. Those big outbreaks of locust and such used to be well-controlled by birds and bats, compared to what we have now.

So, in our attempts to become more efficient agriculturally, our use of pesticides, fertilizers, growth enhancing chemicals onto plants and vegetables, we may in fact create an opposite effect. We are destroying the very systems by which these life forms need to continue. Is that correct?

Pr. Hillary Young: Exactly! It seems that we’ve been a little shortsighted in some of these things and that we are having short-term benefits, but, in the long-term, we are killing this immense natural resource that we rely on.

We can’t pollinate plants. That is something that we can’t do yet, right?

Pr. Hillary Young: No, not in any practical way. It is not practical for humans to hand-pollinate all the crops that would need that. One of the big research studies was about coffee. And our coffee declines dramatically when we lose our native pollinators.

And, of course, the whole GMO story, I suppose, only serves to detract the public attention and, probably, the public funds away from solving the real problems.

Is this problem more serious in the Southern Hemisphere?

Pr. Hillary Young: You know, it is a problem. And right now we do see higher rates of defaunation, a continued loss of wildlife in the southern countries rather than in the northern countries. And so, most of those hotspots of loss are concentrated there. And I do think it will be harder to change.

That said, I don’t think it is impossible. And I think that there are small actions and, in fact, many of the actions can be taken in the northern countries. What is driving a lot of this transformation of wildlife loss is demand, the continued demand of the northern countries.
So, by reducing our consumption we can directly impact the use of wildlife and other resources in these southern countries, where it might be harder for somebody who is just getting by.

One of the things to notice is that these people are also bearing the burden of cost. In poor areas they are the ones who suffer the most from the declines of wildlife. They rely more directly on these natural resources to buffer them against droughts and other natural disasters.

Are you optimistic that human beings can change the way they do things in time?

Pr. Hillary Young: I'm optimistic that we can. I think that we are kind of on the verge of passing a tipping point after which we would no longer be able to avert these processes, we would have lost too much of the animal kingdom to have that natural capital back in place.
I think we are really at a critical moment, but we still have that opportunity. And we won’t have it for much long. And so, what we need is the political will and power to make the choices that move us back from that tipping point. So, it is a critical moment, but I think there are things that we can do and I'm hopeful that we will.

Dr. Dirzo in one of our previous programs scared me to death when I asked him for a timeframe. He said that something has got to be done within the next 20 years. Would you agree with that frightening scenario?

Pr. Hillary Young: I would absolutely agree with that. It is a frightening time but we need to take action. One of the things that we have identified in our research was that climate change situation is becoming the top driver of defaunation. And we don’t have much longer time to act on that, because the process is such a long-drawn in time. So, we need to move on that quickly.