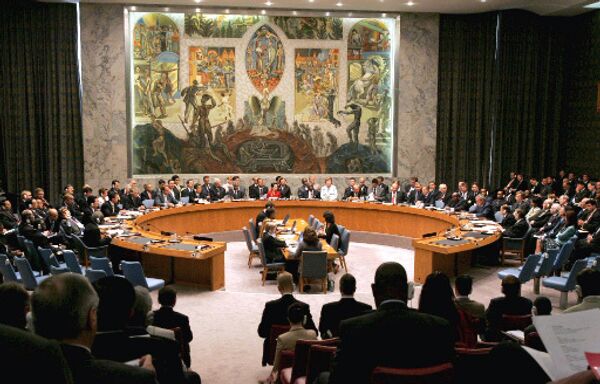 “The members of the Security Council welcomed the release in Gao, Mali, on 30 August 2014 of the two Algerian diplomats that were taken hostage,” the council said in a unanimous statement.

But the Security Council “strongly condemned the assassination of another Algerian diplomat and expressed deep regret about the death while in captivity of the Algerian Consul.”

For the deaths and the kidnappings, the Security Council's members urged accountability. Their statement “called on the Government of Mali to swiftly investigate the incidents and bring the perpetrators to justice.”

Reaffirming that ransoms should not be paid, the Security Council recalled “that all Member States should prevent terrorists from benefiting directly or indirectly from ransom payments or from political concessions and to secure the safe release of hostages.”

In early April 2012, armed militants from the al-Qaeda-linked Movement for Oneness and Jihad in West Africa (MOJWA) seized Algeria's consul and six of his staff from the consulate in Gao, northern Mali. The kidnappers demanded the liberation of imprisoned members of MOJWA in Algeria and 15 million euros for the release of the group. Three of the hostages were freed several months later.