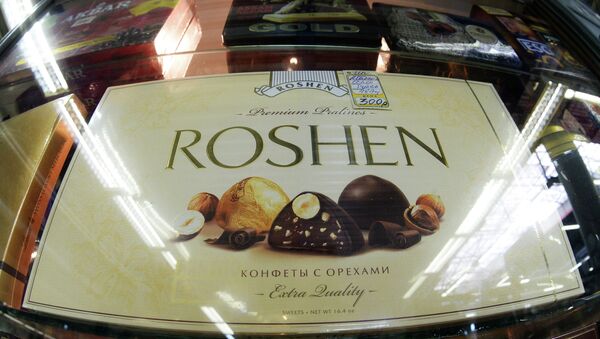 “In line with providing consumer rights, Rospotrebnadzor has suspended the import of Ukrainian confectionary goods into the territory of the Russian Federation beginning September 5, 2014,” the consumer watchdog said in an announcement.

Ukrainian sweets and alcohol are among a range of foodstuffs banned from being imported into Russia. Russia introduced a ban on food imports from countries that placed economic sanctions on it over its alleged role in escalating the crisis in Ukraine, namely the United States, the European Union, Australia, Canada and Norway.

The banned foodstuffs include meat, fish, seafood, dairy, fruit and vegetables among other produce.

Several countries, including Australia, Austria, Poland and Latvia, have already spoken of the negative impact the Russian food ban will have on their economies.

Despite their losses, German Agriculture Minister Christian Schmidt said European farmers impacted by the Russian food ban should not count on receiving full compensation, although some producers of perishable fruit and vegetables will be supported by a fund of 125 million euros ($162 million) allocated by the European Commission.