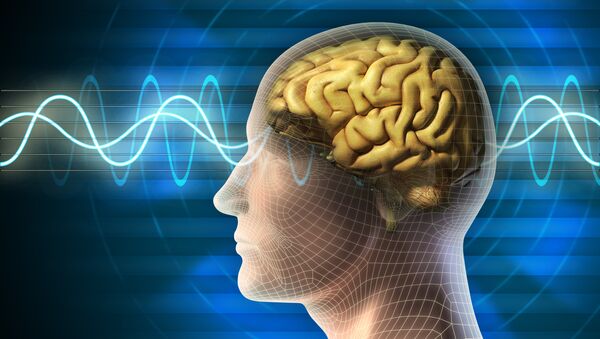 © Fotolia / Andrea Danti
Subscribe
International
India
Africa
For years, scientists have been developing artificial intelligence, attempting to replicate the power of the human brain and create a machine with the ability to make its own decisions.

MOSCOW, September 5 (RIA Novosti) - For years, scientists have been developing artificial intelligence, attempting to replicate the power of the human brain and create a machine with the ability to make its own decisions.

Some have gone even further and tried to make use of intelligent machines in writing and reporting, creating a new phenomenon called robotic journalism.

However, Dr. Noam Latar, the Founding Dean of the Sammy Ofer School of Communications and Chair of the Daniel Pearl International Journalism Institute at the Interdisciplinary Center Herzliya in Israel, argues that the human brain is far more complicated than any of its possible artificial copies.

Dr. Latar, the man who predicted the appearance of the touch screen, told Radio VR that he had entered into the study of this particular phenomenon because a lot of robots now tend to replace human journalists.

“In America there are at least three companies which develop robots that can not only collect the facts but write stories in narratives,” he said. “So, what brought me into studying this - is how the future of journalism will look like. My study shows that no Artificial Intelligence (AI) research so far has been able to develop a computer that would have a subconscious and imagination.”

“Computers cannot imagine things because they don’t have a subconscious,” he added. “It was Albert Einstein who said that imagination is much more important than knowledge.”

What is very human, Dr. Latar said, is our ability to create and to innovate. And creation and innovation really stem from our ability to connect the subconscious with the conscious: with rational thinking.

What is happening now and what has been a big financial success, he said, is that companies in the US like  Narrative Science and Automated Insights use data mining to analyze huge databases, what the scientists call “big data”, and to write the stories: they have interviewed and simulated the best journalists in the US, and they have studied possibilities for their narration.

They implemented the data they collected and now the computers are able to write good stories, beautiful stories, Dr. Latar says, even using metaphors.

“If you use what we call a Turing Machine,” he said, “you would not be able to tell if the story was written by a human or by a robot. But they can’t imagine, they can’t ask questions”. He considers these to be important for human survival.

One of our most important abilities, Dr. Latar says, is to identify threats to our survival, to our physical survival and to our spiritual survival. The AI machines are not able to figure out these important questions. And this makes it practically impossible to simulate a human brain.

Dr. Latar also said that “nowadays a real dream of Google is to create a new computer that would be smarter than a human being. For this purpose, the company hired Ray Kurzweil, the author of ‘The Singularity Is Near’”, to head the project at Google to create a human brain that uses AI.

Ray Kurzweil is going to publish a book on how to create a mind, he said, and Google is investing a lot of resources on simulating a human brain using a machine.

“There is a new field called “Deep Learning”. The idea behind “deep learning”, which is being strongly pushed by Google, MIT [the Massachusetts Institute of Technology] and other Artificial Intelligence laboratories, is to simulate the neocortex of the human brain with the hope that they can create a computer that would be better and smarter than a human brain,” Dr. Latar said.

“One of the founders of Google, I think it was Schmidt, said that the major competitor to Google is God.”

In Google they want to conquer the world of information and to learn everything about everything, he said. And the optimum scenario will be really to develop “the mind of God”.

This is their biggest aspiration.