Lawmaker: NATO Must Fight IS in Iraq, Not Station Troops Near Russia 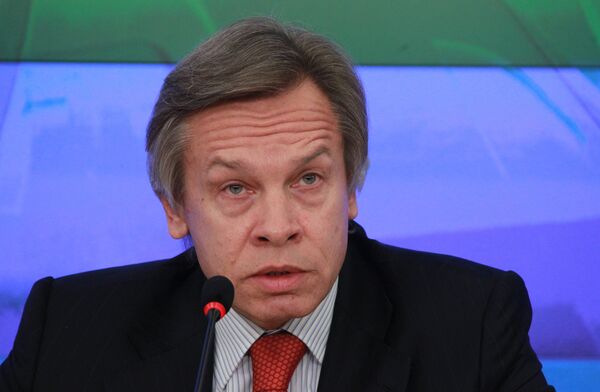 NATO should more actively engage in fighting extremists in Iraq instead of establishing new bases in Eastern Europe, the head of the Russian Parliament’s foreign affairs committee Alexei Pushkov wrote on his Twitter page Friday.

“NATO is doing a wrong thing: 4,000 fast response troops must be stationed not in Poland against Russia, but in Iraq, partly seized by ISIS [The Islamic State in Iraq and Syria],” Pushkov said in a Tweet.

Earlier this week, NATO Secretary General Anders Fogh Rasmussen declared the bloc was planning to adopt the so-called Readiness Action Plan, to be agreed on at the NATO summit Friday. The plan “equips the alliance to respond to all security challenges, wherever they may arise,” according to Rasmussen. The plan implies the stationing of some 4,000 troops in Eastern Europe, capable of being deployed within 48 hours in case of aggression.