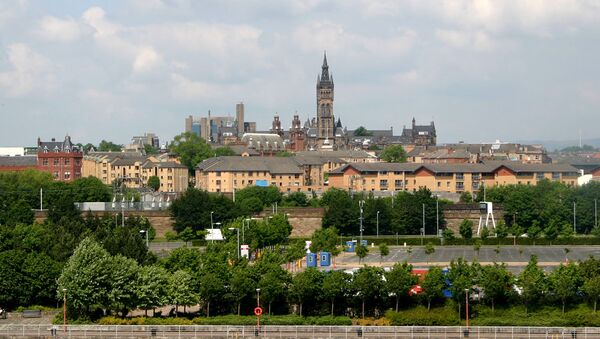 There is a need to “reduce the heat” of the debate as the campaign for Scottish independence reaches its final stages, one of Scotland’s most senior church leaders, the Right Reverend John Chalmers, has told RIA Novosti.

GLASGOW, September 4 (RIA Novosti), Mark Hirst – There is a need to “reduce the heat” of the debate as the campaign for Scottish independence reaches its final stages, one of Scotland’s most senior church leaders, the Right Reverend John Chalmers, has told RIA Novosti.

“Whatever our current view of the state of the debate, it is not too late to make sure that in the aftermath of the referendum there is no ‘us’ and ‘them’ but only ‘us’. Reducing the heat of the debate is surely what has to happen as we enter the closing stages,” Chalmers, who is Moderator of the General Assembly of the Church of Scotland said.

With just two weeks to go before voters in Scotland decide in a referendum whether they want to leave the United Kingdom there has been a marked rise in the rhetoric and actions of individuals on both sides of the debate.

The pro-independence First Minister of Scotland, Alex Salmond and his deputy, Nicola Sturgeon have both received death threats from individuals opposed to Scotland leaving the UK and on Thursday a 45-year-old man appeared in court accused of throwing eggs at prominent anti-Scottish independence MP, Jim Murphy.

Chalmers acknowledged that whilst there had been some isolated instances of violence, generally the campaign had been conducted peacefully.

“There have undoubtedly been some aspects of the campaign which have been deeply unpleasant,” he said.

“The debate and rhetoric has been heated but it has at no stage threatened to boil over into violence between both sides. If all debates about possible constitutional change around the world happened in this way we would be thankful,” Scottish church leader said.

Chalmers said the Church of Scotland was ready to get involved in a process of national reconciliation regardless of the outcome of the vote on 18th September.

“There will be hurt on both sides and a healing will have to happen. The Church of Scotland will be involved in that process,” he claimed.

“Regardless of whether the debate is seen as having been healthy or tarred by negativity and animosity, it is in the best interests of everyone in having a post-referendum period that is harmonious and future-focused.

Chalmers also stated that the first 72-hours after the result will be crucial in setting the tone for the following period.

The senior clergyman stressed the Church would lead a service of national reconciliation following the vote.

“There will be a service of reconciliation at St Giles Catherdral, Edinburgh, on the Sunday after the referendum. The Church along with many other institutions, faith groups and organisations in Scotland has a part to play in bringing people together again,” he elaborated.

“A national church, such as the Church of Scotland, owes it to the nation to allow this to happen – not just in the High Kirk of St Giles but in every congregation in Scotland where prayers will be said for Scotland’s people and Scotland’s future,” Chalmers concluded.

Scots go to the polls on 18th September and will be asked one question, “Should Scotland become an independent country?”