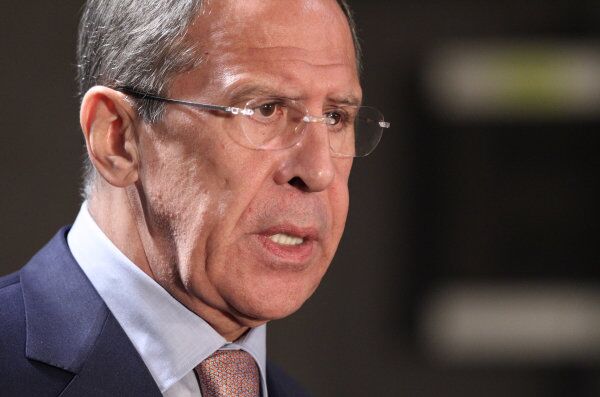 Moscow hopes that during the contact group meeting on Ukraine that the opposing sides will use Russian President Vladimir Putin’s plan on solving the crisis in the country, Russian Foreign Minister Sergei Lavrov said Thursday.

MOSCOW, September 4 (RIA Novosti) –Moscow hopes that during the contact group meeting on Ukraine that the opposing sides will use Russian President Vladimir Putin’s plan on solving the crisis in the country, Russian Foreign Minister Sergei Lavrov said Thursday.

“We have been trying to contribute our efforts in launching a Ukrainian dialogue between Kiev and the southeast, and yesterday’s suggestion that President Putin voiced to President Poroshenko during a telephone call is on the negotiation table and we hope that the opposing sides in Ukraine will use these ideas and try to agree during the upcoming contact group meeting,” Lavrov said during talks with Parliamentary Assembly of the Organization for Security and Cooperation in Europe President Ilkka Kanerva.

On Wednesday, the Russian president presented a seven-point plan to resolve the Ukrainian crisis, urging Kiev to withdraw its troops from the country’s southeastern regions and calling on the militia to cease its military advance.

The plan also presupposes the participation of an international monitoring force, the establishment of a humanitarian corridor, the ban on the use of combat aircraft over urban areas, the exchange of prisoners in an "all for all" formula and direct access to destroyed infrastructure for repair crews in the country's war-torn areas.

Since mid-April, the Ukrainian government has been conducting a military operation in the east of the country, fighting against independence supporters who refused to acknowledge the country’s new government that came to power following a February 22 coup.

Thousands of civilians have been severely affected by the conflict, as the southeastern regions fell into a state of humanitarian catastrophe. More than 2,000 people have been killed since the beginning of the crisis, with almost 6,000 injured, according to UN data.