Donald Tusk: Conscientious Liar at the Helm of the European Council 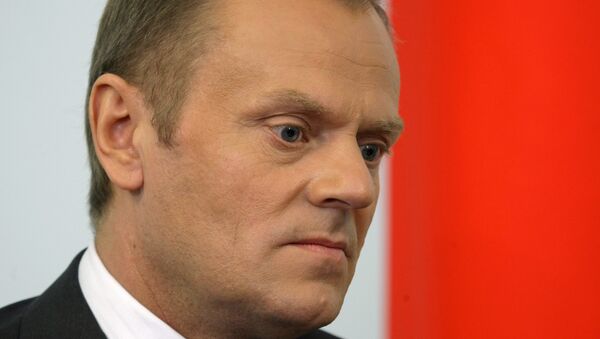 Dmitry Babich
All materials
The appointment of the current Polish Prime Minister Donald Tusk to the position of the President of the European Council has raised a lot of eyebrows, both in Russia and in Poland.

The appointment of the current Polish Prime Minister Donald Tusk to the position of the President of the European Council has raised a lot of eyebrows, both in Russia and in Poland. Russia was concerned because Mr. Tusk, as well as the Polish in general, viewed the current conflict in Ukraine not as a civil war, but as a “Russian invasion,” which gives little hope for him having the willingness to seek out a compromise with Russia on the settlement of the Ukrainian conflict. In Poland, Mr. Tusk’s political enemies, who have been dreaming of the day when they could declare him “the worst prime minister in history”, were disappointed to see the “heartless liberal” escape from his predicament of “heading a government doomed to fail” for the greener pastures of the EU. (All quotes are taken from the influential Polish daily Gazeta Wyborcza, which generally supports the current Polish governmentdominated by the center-right Civic Platform party).

In terms of his attitude to Russia, Mr. Tusk has revealed himself to be a “hawk” in the last 6-8 months, siding 100 percent with the Maidan coup in Kiev and speaking out for a kind of gas crusade against Russia in The Financial Times (i.e. urging the EU countries to do without Russian natural gas by storing massive quantities of it and buying LNG with money infusions from special EU funds). His hysterical calls for more NATO (in fact, American) bases on Polish territory make the picture complete. When Tusk’s foreign minister Radoslaw Sikorski quipped that Warsaw would not sleep well until it gets two motorized NATO brigades on its territory, the quote made its rounds in both the Polish and Russian media.

Mr. Tusk’s biased attitude towards Russia is especially disappointing, since it does not stem from a lack of knowledge about Russia (this could be true in the case of the no-less-belligerent prime ministers of Canada and Australia, who have had little exposure to Russia’s realities). Mr. Tusk knows a lot about Russia and even more about Russia’s self-proclaimed enemies – the Polish and Ukrainian radical nationalists. Mr. Tusk has visited Russia many times, and he has (or at least used to have) good working relationships with both Vladimir Putin and Dmitry Medvedev. He also knows how insane and conspiracy-minded modern nationalism in Ukraine and in his native Poland can be. However, Donald Tusk still calls for “crusades” against Russia – and he is most likely speaking against his own conscience.

Why am I so sure that Mr. Tusk knows the dark side of Polish nationalism? Because just recently, Mr. Tusk became an indirect victim of the powerful anti-Russian current inside the many-faced Polish nationalist movement. After the plane crash in Smolensk in 2010 led to the death of Tusk’s political rival, former president Lech Kaczynski, the conspiracy-minded nationalists from Kaczynski’s Law and Justice party (PiS in Polish) accused Tusk of masterminding the disaster together with the Russians and with Poland’s new president, Bronislaw Komorowski. Ugly articles in the press and insulting, absurd protests followed, with Polish nationalists putting up a cross against the residence of President Komorowski in order to remind him of his “union with the Russians” and his “crime in Smolensk.”

Both Russian and Polish investigators have presented a lot of factual evidence showing that the plane crash in Smolensk was the result of bad weather, human error and the late president’s insistence that the plane land under any circumstances. But any evidence exculpating Russia is lost on Ukrainian and Polish nationalists – hence, Mr. Tusk seemed to be feigning ignorance when he hastily put the blame for the crash of Flight MH17 on Russia in July. Meanwhile, the “Smolensk campaign” against Tusk and Komorowski is continuing in Poland even now.

Russia’s current accusers in Poland, who are convincing the whole world that Russia is invading Ukraine and who are freely quoted in the Western media, are very often the same nationalists (mostly people from the PiS) who spread conspiracy theories about the plane crash in 2010. For example, Antony Macieriewicz, the head of the PiS “task force” on investigating the Smolensk disaster, is now saying that the “Polish elite was deliberately destroyed in Smolensk, because Putin had already been preparing  himself for the aggression against Ukraine.”

Despite knowing the true value of such “revelations”, Mr. Tusk will not contradict them, even though the rabidly nationalist Macieriewicz is also accusing him, the future president of the European Council: “If we had supported President Kaczynski [against Tusk], if the life of the president had not been delivered into the hands of the KGB operative, we would not have such consequences now. If we had listened to President Kaczynski, the whole world would not be trembling because of what is going on in Eastern Ukraine,” Polska Times quotes Macieriewicz as saying.

What is going on in Eastern Ukraine is a terrible civil war, and Mr. Tusk, as well as the whole political elite of Poland and the EU, shares a huge part of the responsibility for unleashing this war by his support for the violent coup in Kiev. Unfortunately, the new head of the EU’s diplomatic service, Francesca Mogherini, widely seen as a counterweight to anti-Russian Tusk, is repeating Tusk’s lies. ‘The cause of the conflict in Ukraine is Russia’s aggression,” she said today. So much for the EU’s politicians and media maintaining balanced judgment.