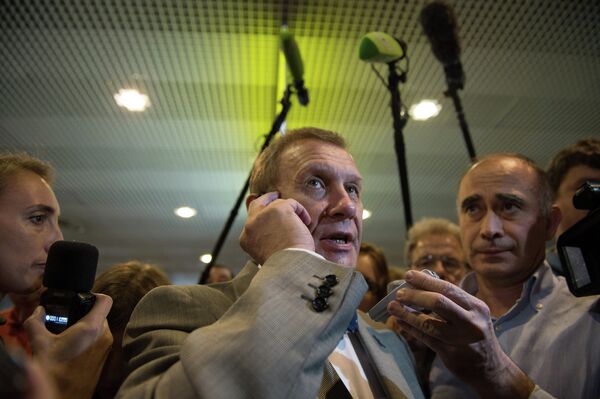 Update: The previous version of the text did not mention that the Secretary General of Amnesty International will be visiting both Russia and Ukraine from 7 to 10 September. Corrections have been made to paragraph 1.

“Salil Shetty will address violations of human rights and international humanitarian law by all sides in the conflict in eastern Ukraine, including the indiscriminate use of weapons, resulting in civilian deaths,” Nikitin told RIA Novosti.

Earlier, another organization called Human Rights Watch concluded that Ukrainian government fighters are largely responsible for the indiscriminate use of artillery and rockets within the Ukrainian city of Luhansk.

Since mid-April, Kiev has been conducting a military operation against the independence supporters in southeastern Ukraine, who refused to recognize the legitimacy of the new government after a February coup.

Heavy clashes and shelling by the Ukrainian Army have led to a humanitarian crisis in the area, with water, food and power shortages.

Moscow has called on Kiev to begin substantial talks on de-escalating the crisis in Ukraine, the cessation of hostilities and starting infrastructure rehabilitation works in the country’s southeastern regions to prevent winter deaths.