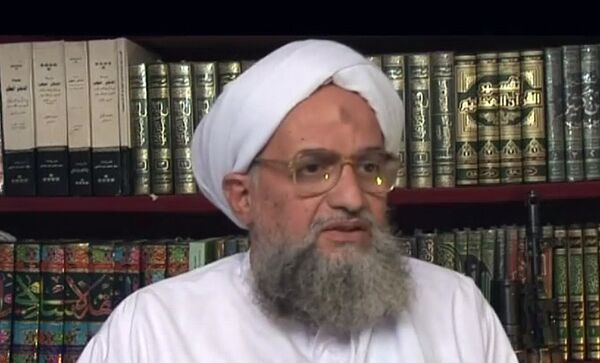 Al-Qaeda has established a branch in the Indian subcontinent, hoping to attract local Islamic extremists amid the Islamic State (ISIS) militant group’s rapid advance in the Middle East.

The video released Wednesday shows al-Qaeda leader Ayman al-Zawahiri declaring the establishment of “al-Qaeda in the Indian subcontinent,” according to The Washington Post.

Al-Zawahiri said the new branch aims to “Establish sharia in the land and to free the occupied land of Muslims in the Indian sub-continent.”

South Asian nations are densely populated with Muslims. According to the Global Religious Landscape by Pew Research Center, published in 2012, Indonesia, Pakistan, India and Bangladesh are together home to more than 685 million Muslims as of 2010. India was even ruled by the Muslim Mughal Empire for more than three centuries – the historic case, widely used by al-Qaeda ideologists, The Washington Post said.

The newspaper also noted that al-Qaeda is known for operating worldwide, having wings in all corners of the Muslim world, from North Africa to Pakistan.

A number of large-scale ethnic and religious struggles involving Muslims are taking place in South Asia. Perhaps the most well-known one is the conflict over Kashmir, a region disputed between India and predominantly Muslim Pakistan. The so-called Army of the Righteous Islamic fundamentalist group, carrying out attacks against Indian troops and civilians, has been listed as one of the world’s most dangerous terrorist organizations by the US National Counterterrorism Center.

In addition to Kashmir, India has seen violent clashes leading to numerous deaths among the Muslim population in Assam and Ahmedabad – the locations mentioned by the al-Qaeda leader in his video statement.

However, the Islamic State (ISIS), an al-Qaeda breakaway organization which made it to the world headlines in 2014 after launching a full-scale offensive on Iraq also seems to be interested in South Asia, threatening al-Qaeda’s status of the world’s top terrorist organization and forcing it to “play catchup,” The Washington Post said.

Some four Indian Muslims have reportedly joined ISIS ranks, an event that left the country “reeling with shock,” India’s NDTV reported in August.

Also, the Newsweek Pakistan reported Wednesday that the ISIS distributed a pamphlet on local languages in Afghanistan and Pakistan.

The ISIS, a Sunni extremist group, originated during the US-led Iraq War and was known as al-Qaeda in Iraq. In 2012, it started fighting the Syrian government under the name of the Islamic State in Iraq and Syria. Its ruthless brutality and clashes with Jabhat al-Nusra, an al-Qaeda affiliate, made the latter cut all ties with the IS.

It launched an offensive on Iraq in June, seizing key cities, oil fields and according to Iraqi authorities, some $400 million from banks.

Since August, Washington has carried out airstrikes against the insurgents who established an Islamic caliphate on its controlled areas.