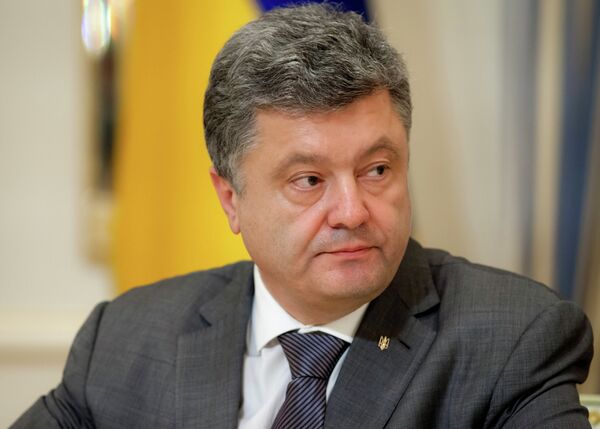 “Mutual understanding was reached in regard to steps to be taken to provide peace,” a statement published on the Ukrainian president’s website reads.

Earlier the same day, Kremlin spokesman Dmitry Peskov said the presidents’ views to ending the crisis considerably coincide. Peskov also said the heads of state exchanged opinions of what needed to be done to halt the bloodshed in the country’s southeast.

In turn, a militia representative from the Donetsk People’s Republic (DPR) claimed to be unaware of any ceasefire agreement and stated that independence supporters would not stop fighting until Kiev-controlled forces left the Donbas Region.

Ukraine's southeast has been under fire since mid-April, when Kiev launched a military operation aimed at suppressing independence supporters who refused to recognize the legitimacy of the new Kiev government that came to power after a February coup.

Thousands of people have been affected by the Ukrainian Armed Forces’ continuous shelling. Ukraine’s southeastern regions are currently in a state of humanitarian catastrophe, with citizens struggling without water and electricity.