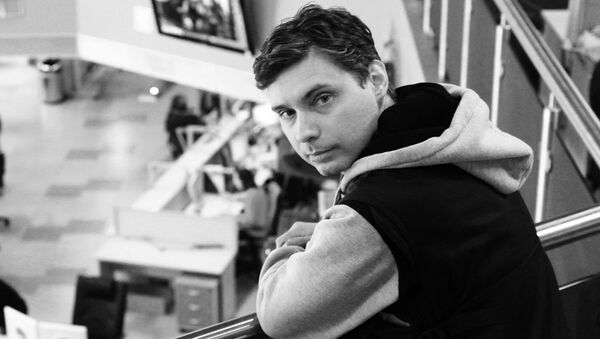 The International Federation of Journalists (IFJ) has called for a thorough investigation into the death of Rossiya Segodnya photojournalist Andrei Stenin, who died in Ukraine in August, and to hold accountable those responsible for his death.

MOSCOW, September 3, (RIA Novosti), Daria Chernyshova — The International Federation of Journalists (IFJ) has called for a thorough investigation into the death of Rossiya Segodnya photojournalist Andrei Stenin, who died in Ukraine in August, and to hold accountable those responsible for his death.

“The authorities must investigate Stenin's death swiftly and thoroughly to determine the circumstances in which he was killed and identify those who are responsible so that they are held accountable,” the head of IFJ’s Human Rights and Safety Office Ernest Sagaga told RIA Novosti Wednesday.

"The killing of photojournalist Andrei Stenin in Ukraine is one too many and I wish to convey my heartfelt condolences to his family and colleagues for their loss,” he added.

Earlier on Wednesday, Russian investigators confirmed that Stenin was among those killed during an attack on a convoy of at least 10 vehicles carrying civilians in early August near Donetsk in eastern Ukraine.

Stenin went missing on August 5. Sources said that the Ukrainian military could have detained the journalist, but Kiev has never officially confirmed the information.

On August 9, Rossiya Segodnya filed a request with the Ukrainian Interior Ministry to take action to locate Stenin, with the ministry undertaking the case on August 11.

On August 12, Anton Herashchenko, an adviser to the Ukrainian interior minister, said that security forces had arrested Stenin on charges of assisting terrorists. However, later Herashchenko claimed he was misinterpreted.

“The conflict in Ukraine is of concern to the world and journalists need to work in safety as they report on the crisis. They deserve our support for their protection," Ernest Sagaga told RIA Novosti

At the end of August, the Organization for the Security and Cooperation in Europe (OSCE) reported that they found several bodies in one of the shot and burned cars along the Snizhne-Dmytrivka highway in eastern Ukraine. OSCE representatives claimed that Stenin could be one of the dead, but were unable to confirm it.