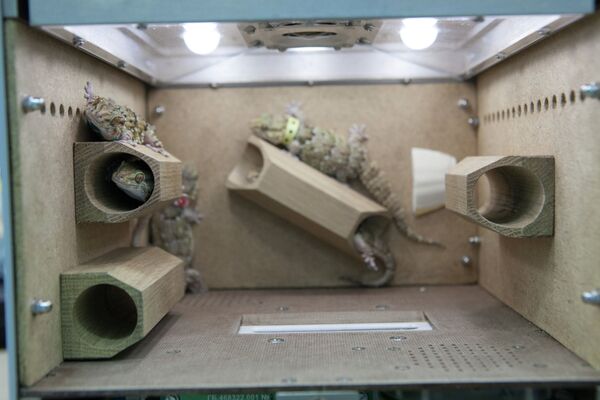 “The autopsy revealed that the deaths were caused by technical issues and are related to the malfunction of one of the biosatellite’s systems,” said Savelyev, researcher at the Institute of Human Morphology and head of the experiment.

“Autopsies of three of the five [geckos] have been conducted, and the remaining two will be examined today. We can already confidently conclude that the death of all geckos happened almost simultaneously. The poor guys died within a few hours. Their bodies were not mummified, as some have reported. Moreover, their organs show that the death occurred no more than two days ago,” Savelyev explained.

Savelyev denied reports saying the geckos died from hypothermia, as the lizards were unlikely to have had a lengthy cool-down.

“There was apparently a quick and short synchronous effect on all animals... Some technical glitch in the life-support system,” he said, stressing that it was necessary to collect and examine the satellite’s data in order to determine the exact problem.

The biosatellite carrying lizards and fruit flies was launched into space by Russian scientists on July 19 to explore how space conditions impact fertility. The satellite landed as planned in Russia’s Orenburg region on Monday. While the insects survived and were able to breed, the geckos, four females and one male, arrived dead.