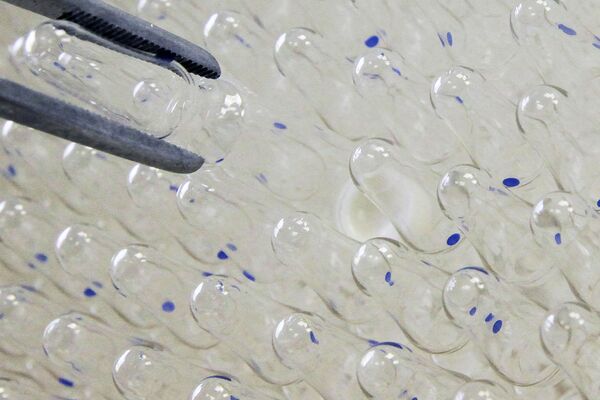 Russian scientists from the Microgen company have developed and patented new technology used in the creation of a split-virus vaccine.

MOSCOW, September 2 (RIA Novosti) – Russian scientists from the Microgen company have developed and patented new technology used in the creation of a split-virus vaccine. This type of vaccine produces a chemical disruption in the influenza (flu) virus which renders it incapable of causing the disease, according to the company’s press service.

“The invention that we’ve received a patent for will allow us to produce a flu vaccine of maximum efficiency. It’s a third generation vaccine. The presence of such a vaccine in the Microgen product portfolio will reduce dependence on suppliers and allow the use of the new technology for the creation of pandemic variants of flu vaccines in the future,” Microgen CEO Peter Kanygin said as quoted by the company’s press service Tuesday.

Microgen plans to start mass production of the vaccine in 2016, after it completes all the necessary medical trials.

Federal State Scientific-Industrial Company Microgen is the largest company in the Russian medical industry. Its specialists participate in international research projects including World Health Organization (WHO) programs for the eradication of natural smallpox, measles, tuberculosis, avian flu and other diseases, according to the company’s website.