Acting Head of Republic: No Gay Parades for Crimea 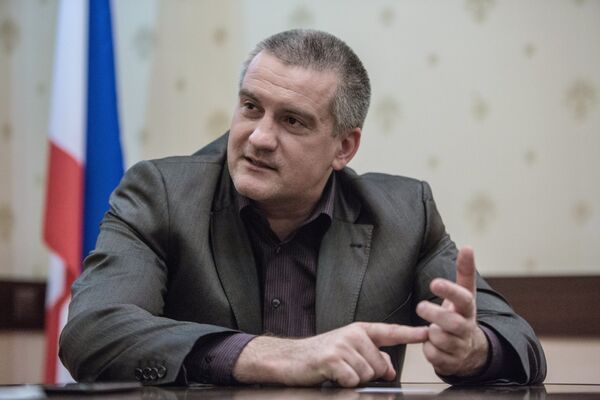 © RIA Novosti . Andrey Stenin
/
Go to the mediabank
Subscribe
International
India
Africa
There will be no gay parade in Crimea, acting head of the republic, Sergei Aksyonov, said Tuesday.

MOSCOW, September 2 (RIA Novosti) - There will be no gay parade in Crimea, acting head of the republic, Sergei Aksyonov, said Tuesday.

"If gay people go in the streets, the defense forces and the police will react accordingly. There will be no Pride marches in Crimea," Aksyonov wrote in his Twitter.

On April 14, Sevastopol authorities banned a gay parade scheduled April for 22-23 on the basis of a Russian law banning homosexual propaganda among minors, an amendment to the Russian federal law "On Protection of Children from Information Harmful to Their Health and Development," unanimously approved by the State Duma on June 15, 2013.