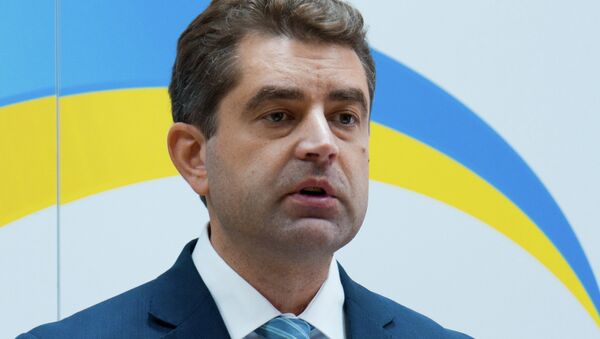 KIEV, September 2 (RIA Novosti) – The parameters of a ceasefire in Ukraine were discussed at the recent meeting of the Contact Group on Ukrainian reconciliation in Minsk, a Ukrainian Foreign Ministry spokesman said Tuesday.

The group, comprising representatives of Russia, the Organization for Security and Cooperation in Europe (OSCE), eastern Ukraine independence supporters and the Kiev government, met in Minsk Monday.

“Judging by what we know, several important issues were raised at yesterday’s meeting, such as a ceasefire, border control, release of hostages and safety for humanitarian cordons heading to eastern Ukraine,” spokesman Yevhen Perebiynis said.

On Monday, right after the consultations, Donetsk People’s Republic Deputy Prime Minister Andrei Purgin said that during the four-hour talks the sides only exchanged documents and expressed their points of view with regard to the ongoing crisis in Ukraine. The conflicting parties failed to reach a consensus.

The next contact group meeting is due on Friday.

In July, in the Belarusian capital, Minsk, international mediators met with representatives of independence supporters from the eastern regions of Ukraine to discuss steps toward a truce in the Ukrainian standoff.

The Russian Foreign Ministry has highlighted the importance of the contact group consultations in terms of finding a political solution to the ongoing crisis in Ukraine.

Ukraine's southeast has been under fire since mid-April, when Kiev launched a special military operation aimed at suppressing independence supporters who refused to recognize the legitimacy of the new Kiev’s government after the February coup.

Thousands of people have been affected by continuous shelling by the Ukrainian armed forces; southeastern regions are currently in a state of humanitarian catastrophe, with citizens struggling without water and electricity.