Dutch Safety Board: Final Report on MH17 Crash Due Next Summer 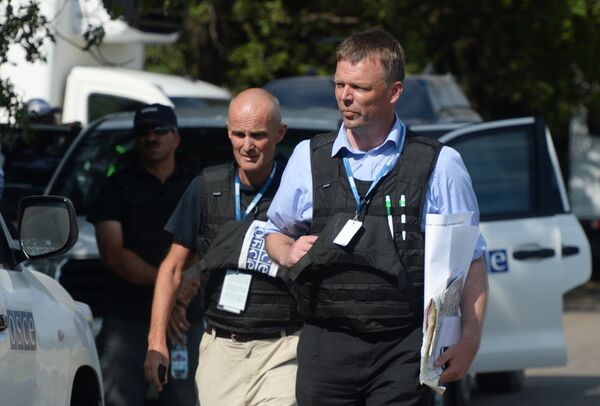 It will take about a year to compile the final report on the causes of the Malaysian Boeing crash in eastern Ukraine, a spokeswoman for the Dutch Safety Board that heads the investigation told RIA Novosti Tuesday.

MOSCOW, September 2 (RIA Novosti) — It will take about a year to compile the final report on the causes of the Malaysian Boeing crash in eastern Ukraine, a spokeswoman for the Dutch Safety Board that heads the investigation told RIA Novosti Tuesday.

“I think it will take about a year to complete the whole investigation. I think that in summer 2015 we will publish the report," spokeswoman Sara Vernooij said, adding that the board conducts its investigation in full compliance with the International Civil Aviation Organization (ICAO) rules.

“There are also rules [on] how you have to bring the concept of this report to the other countries that have interest, and they have 60 days to look at the concept of the final report, and then we have to work out the critic on the report," she said.

A preliminary report is expected to be made public in the coming weeks.

“It isn’t a final report, it won’t contain all the questions, but it will tell you the first result of black boxes, some information we get from other sources like satellite and radar and that kind of data. And it is really the first consolidated information about this investigation. But a lot of questions will still be there after reading," the spokeswoman said.

On July 17, a Malaysia Airlines flight from Amsterdam to Kuala Lumpur crashed in the Ukraine’s eastern region of Donetsk, where the military operation between Ukrainian Army and independence supporters is ongoing.

None of the 298 people on board survived in the crash.

The reason for the crash is a matter of debate, as Ukrainian authorities claim the independence supporters of the eastern regions shot down the plane, but the latter say they do not possess the means to hit a target flying at the height of the plane.

The United States and a number of European leaders support Kiev’s claim, while the Russian Defense Ministry pointed out that a Ukrainian fighter jet was detected near the Malaysian aircraft shortly before it crashed.

Earlier in August, Malaysian Transport Minister Liow Tiong Lai said that a preliminary report on the black box findings from the MH17 crash is expected to be handed over to the United Nations in September.