Medvedev: 'Crimea Must Get Full Energy Independence From Ukraine' 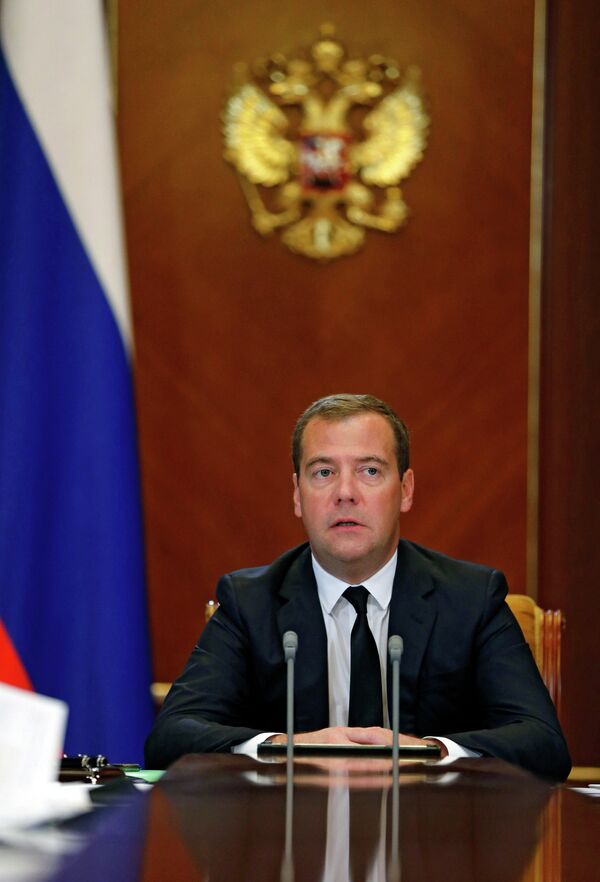 “We have one common goal before us to nonetheless reach full energy independence [from Ukraine]. Naturally, this won’t be done in a day or in a month. This is quite a complex process but money is allotted for this especially and this is in the development program of Crimea and Sevastopol,” Medvedev said during a meeting with his deputy prime ministers.

In March, amid ongoing protests in Ukraine and growing dissatisfaction with the new government that came to power after a February coup, a referendum was held in Crimea. More than 90 percent of Crimean residents, who refused to recognize the legitimacy of the new Ukrainian authorities, voted to join Russia.

Ukraine and the West refused to acknowledge Crimea’s reunification with Russia.

Moscow said that all of its actions were legitimate and has moved swiftly to integrate the region and boost its economy, previously dependent on Kiev for 85 percent of its electricity, 90 percent of drinking water and some food supplies.