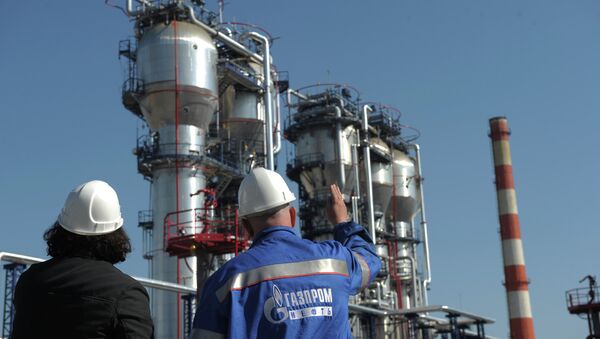 "Over the period of just a few years, a consortium of companies led by Gazprom Neft has fully prepared Badra, one of the most complex geological field structures in Iraq, for full-scale commercial development. This is the first major international project in upstream the company has implemented from scratch. The unique experience gained during this project will contribute to our development of future projects both in Russia and internationally," the company’s Chairman was quoted in the press release as saying.

Over 15,000 barrels of oil a day will travel through a pipeline to an export terminal in the port city of Basra every day. The investors will start to receive the oil produced at Badra in 90 days.

Iraq’s State Oil Marketing Company (SOMO) is the operator of the oilfield. Each quarter, until the project's costs are recuperated, a share of the oil will be delivered to the investor companies, after which each company will receive remuneration of around $5.5 per barrel, the press release states.

Badra oilfield is located in eastern Iraq’s Wasit Province. Preliminary assessment stated that the Badra’s oil reserves constitute up to 3 billion barrels. A consortium of companies, including Russia’s Gazprom Neft, Turkey’s TPAO, South Korea’s KOGAS and Malaysia’s PETRONAS, won the contract put up for tender by the Iraqi government in 2009. Currently, oil is extracted from two wells, and drilling of an additional three is underway. According to the contract, oil production in Badra could reach some 170,000 barrels daily.