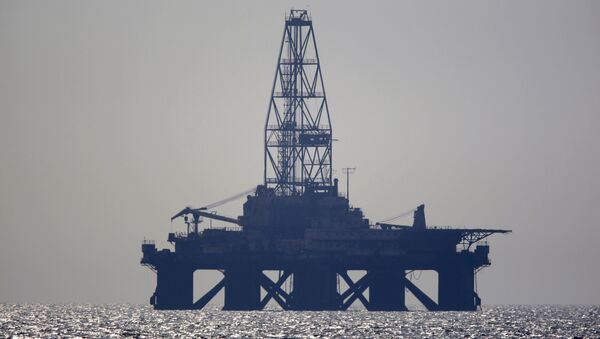 © Sputnik / Anton Denisov
/
Go to the photo bank
Subscribe
One of the world’s leading oil experts, Alex Kemp, Professor of Petroleum Economics at the University of Aberdeen, told RIA Novosti that North Sea oil will continue to contribute to Scotland's national economy until at least 2060.

ABERDEEN, September 1 (RIA Novosti), Mark Hirst – One of the world’s leading oil experts, Alex Kemp, Professor of Petroleum Economics at the University of Aberdeen, told RIA Novosti that North Sea oil will continue to contribute to Scotland's national economy until at least 2060.

“Oil and Gas UK say there is the 15-24 billion barrels oil equivalent, but nobody knows with any certainty how much more is actually left,” Kemp said.

Last month, Sir Ian Wood of the Wood Group oil company, claimed there were only 15 years of oil reserves left before a downturn would start to be felt in the wider economy.

However, Alex Kemp told RIA Novosti that North Sea oil and gas reserves off the north coast of Scotland have been consistently underestimated, although the academic did not think that had been a deliberate policy.

“Historically when you go back to the beginning, in the 1970s when oil was found, then the early estimates made were too low…Everybody underestimated how much reserves were there. Oil companies and the Department of Energy did so, but as we acquired more knowledge we also acquired more reserves,” Kemp said.

“The debate at the time by Professor Peter Odell [another energy expert] that the reserves left were deliberately understated is nonsense…The estimates were based on the evidence at the time,” Kemp told RIA Novosti.

Kemp said greater understanding of the oil fields and advances in technology were making it easier to predict future reserves more accurately.

“Over time we have had more and more knowledge and that further knowledge has allowed us to determine that there will be more reserves,” Kemp added.

“If you take the Clair field, west of the Shetland Islands, it was discovered in 1977 but for many years was completely uneconomic. But now with long reach horizontal drilling it is the biggest field in the UK sector. It had been uneconomic for decades, but now with $100 a barrel for oil and advances in technology it is economic,” Kemp said.

Kemp told RIA Novosti that the oil industry has been slow at developing enhanced oil recovery schemes that would enable more difficult fields to be fully exploited.

“The industry has been slow to introduce enhanced oil recovery schemes, on the grounds that off-shore it was too expensive to do things that could be done on-shore in the USA, for example. But now this is getting underway in a few fields and my own view is that we will see more of this. That could see worthwhile increase in the reserves that are viable,” Kemp said.

In a statement given to RIA Novosti, Scottish National Party spokesperson, Fergus Ewing said that “professor Alex Kemp is one of the world’s leading oil economists wrote the official history of North Sea oil and has detailed modelling on the future of Scotland’s oil and gas industry… I thus warmly welcome his prediction that Scotland’s oil and gas industry will make a significant contribution well beyond 2050.”

“It’s also particularly interesting to note his views on the impact of technological advances on Scotland’s oil and gas sector, his prediction than oil recovery rates will improve and that more fields may be reopened as technology improves further,” Ewing added.