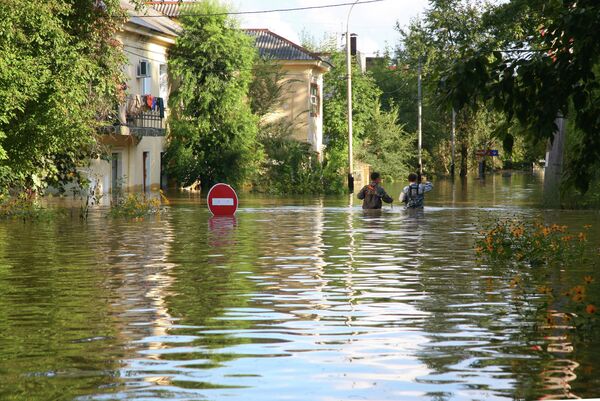 About 90 residential buildings have been commissioned for flood victims in the Khabarovsk territory, according to the regional authorities.

KHABAROVSK, September 1 (RIA Novosti) - About 90 residential buildings have been commissioned for flood victims in the Khabarovsk territory, according to the regional authorities.

"Today, all around the [Khabarovsk] territory, we are finishing the construction of houses for flood victims. We have already begun to resettle citizens in a number of localities. We intend to fully complete this process until the end of September," the governor of the region Vyacheslav Shport was quoted as saying.

As stated on the website of the regional government, four three-storey apartment buildings have been commissioned in Khabarovsk, 242 families have moved in. The buildings have all necessary infrastructure: kindergarten, school, public transport stops and others.

In late July 2013, southern regions in Russia’s Far East and northeastern China were hit by floods caused by steady rains. In August-September of 2013, Russia’s Amur, Jewish Autonomous and Khabarovsky regions were devastated by major floods. More than a hundred thousand people have been affected and tens of thousands evacuated.

Meteorologists said that the floods affecting the Amur and Magadan regions, the Jewish Autonomous Region, the Primorye Territory, and the Siberian republic of Yakutia had been the worst to hit the area in 120 years.