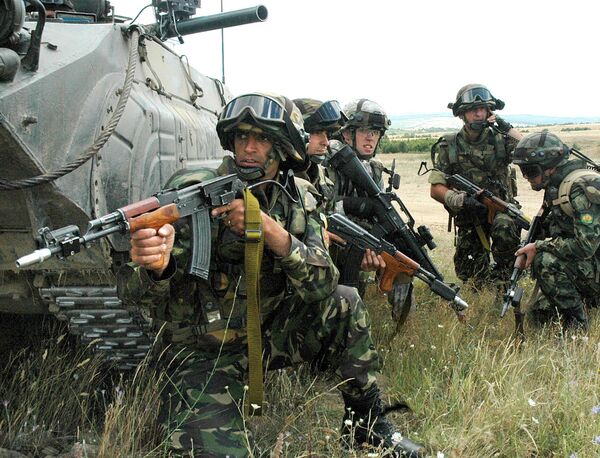 © Flickr / MATEUS_27:24&25
Subscribe
NATO spokeswoman Oana Lungescu said Monday that she was unaware of possible presence of NATO officers in the southern Ukrainian city of Mariupol.

“On this particular issue I can say that I'm not aware of any NATO officers in Mariupol,” she said.

Earlier today, Donetsk People’s Republic representatives said that a group of six NATO officers has been blocked in the town of Mariupol in Donetsk region.

Last week, Donetsk militia forces claimed to have taken control of checkpoints and strongholds in the outskirts of Mariupol in southeastern Ukraine.

Since April, Ukrainian authorities have been conducting a military operation against independence supporters in eastern Ukraine who refuse to recognize the legitimacy of the new Ukrainian government after a February coup.

According to the latest UN estimates, almost 2600 people have died since the operation started, and about 6,000 have been injured. The Donetsk authorities argue that civilian casualties account for about a half of those deaths.

Moscow has repeatedly condemned Kiev’s military actions in the east of Ukraine and called for an immediate stop to the bloodshed.

Russia has repeatedly expressed concern over the increasing NATO military presence close to its borders.