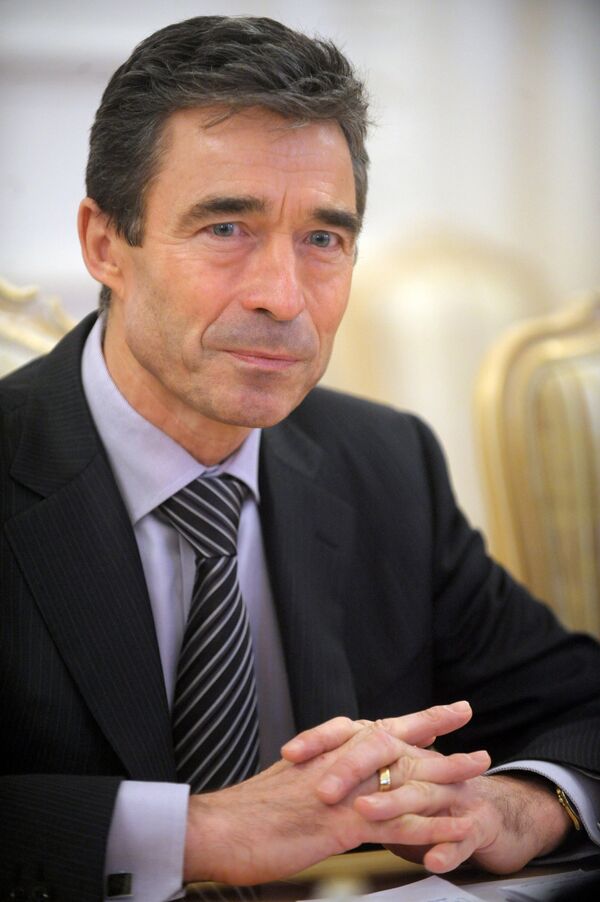 According to Rasmussen, alliance plans to increase cooperation between Georgian Armed Forces and NATO and organize military drills inside Georgia.

Rasmussen emphasized that NATO plans to establish a military training center in Georgia in order to attract the alliance’s partners.

Georgia and NATO began their cooperation back in 1994, when Georgia joined the Partnership for Peace program.

After Georgia’s “Rose Revolution,” when President Eduard Shevardnadze was forced to resign amid widespread protests over electoral fraud and corruption in the country, NATO’s partnership with Georgia deepened.

In April 2008, during the NATO summit in Bucharest, the heads of the alliance confirmed that Georgia and Ukraine could potentially become members of NATO, if they comply with the alliance’s standards.

Last week, Ukraine’s Prime Minister Arseniy Yatsenyuk introduced legislation to the country’s parliament to drop its “non-aligned bloc” status and renew its path to becoming a member of NATO.

However, NATO regulations do not allow countries in territorial disputes to become members, which currently is the case with Ukraine, due to its refusal to acknowledge Crimea’s reunification with Russia.

Earlier, Rasmussen said that during September’s NATO summit in Wales, the alliance will also “take decisions as to how we will enhance our cooperation with Ukraine,” including providing financial assistance for logistics, command and control, cyber defense and aid to military personnel.

In April, Washington sent four airborne units to Poland, Latvia, Lithuania and Estonia to support its NATO allies amid the fighting in eastern Ukraine.