Lavrov Hopes Europeans Will Be Embarrassed by Situation in Ukraine 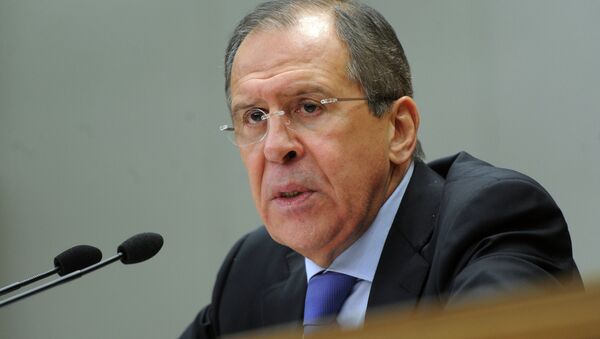 Russian Foreign Minister Sergei Lavrov on Monday said he hopes that European leaders will become embarrassed for what is happening in Ukraine.

MOSCOW, September 1 (RIA Novosti) -Russian Foreign Minister Sergei Lavrov on Monday said he hopes that European leaders will become embarrassed for what is happening in Ukraine.

“I can only hope that Europeans will become embarrassed first of all for what is happening [in Ukraine]. Voices can already be heard in regard to the total non-perspectives and counter-productivity of the endless circle of sanctions,” Lavrov said.

Lavrov said that many leaders in the European Union have already seen the “perversity” of the situation in Ukraine.

At the EU Summit held in Brussels on August 30, European leaders agreed to draw up proposals for new economic sanctions against Russia within one week. However, the opinion of the EU member states on sanctions is deeply divided. For example, Slovak Prime Minister Robert Fico called sanctions “meaningless and counterproductive,” threatening to veto decisions that may harm his country’s interests.

The European Union and the United States have imposed several rounds of economic sanctions, targeting Russia’s defense, energy and banking sectors, over Moscow’s alleged participation in the Ukrainian conflict.