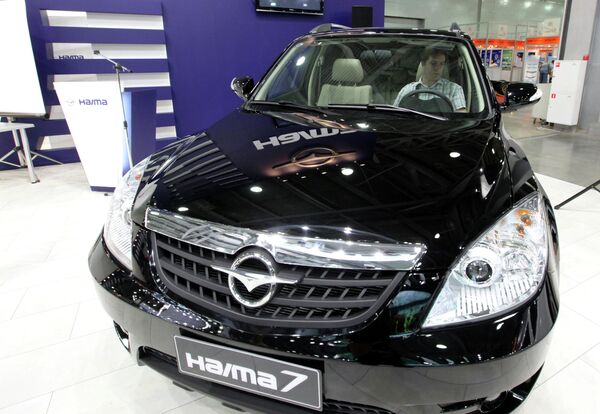 “Chinese manufacturers, apparently, hope for special preferences or plan to fill niches, which can emerge after potential sanctions in the automotive sector,” said Oleg Dazkiv, head of the internet portal auto-dealer.ru. In his opinion, the moment for starting production is not quite right, as Russian automotive industry is currently experiencing a slowdown in sales.

According to Kommersant, Haima is going to invest 100$ Mln in the new project, which is expected to produce 10-30 thousand cars in a year. The project implementation is planned to take place in four steps – starting with SKD followed by gradual extension of localization levels.

For Haima, it will be a second attempt to start car manufacturing in Russia. In November 2010 a plant for Haima 3 production was opened in Cherkessk by Derways Automobile Company. However, due to Derways’ inability to pay for Haima’s knock-down kits and its low set-up quality, cooperation between the two companies was suspended.

Some analysts believe that the attempts of re-opening can be attributed to the deepening of Russia-China economic relations.

According to Forbes, Haima is currently producing 150 thousand cars a year, holding a 2% share in the Chinese automotive market.