Anti-War Hashtags Getting Popular on Twitter Ahead of NATO Summit 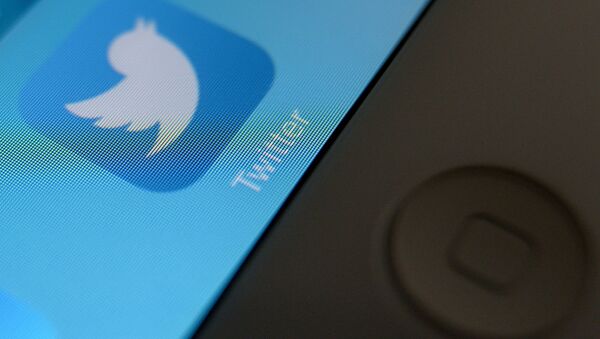 Anti-war hashtags, such as #StopNATO and #NoToNATO, have been gaining in popularity on Twitter ahead of the NATO summit in Wales, Great Britain, slated for September 4 - 5.

MOSCOW, September 1 (RIA Novosti) - Anti-war hashtags, such as #StopNATO and #NoToNATO, have been gaining in popularity on Twitter ahead of the NATO summit in Wales, Great Britain, slated for September 4 - 5.

Twitter users of the popular network join activists worldwide in speaking against aggressive policies of the North Atlantic Treaty Organization.

NATO members are set to “address issues which threaten NATO countries’ national security, from fragile states to piracy, from terrorism to cyber attacks”, according to the statement published on the the UK government’s website. The summit is expected to focus on Russia and the crisis in Ukraine, as well as Afghanistan and withdrawal of troops.

On Friday, Vladimir Chizhov, Russia’s envoy to the EU, warned that the recent surge in Western Russophobic rhetoric aims at reminding “European and North American countries of the mythical ‘Russian threat’ and [provoking] ‘strong action’ against Russia” at the upcoming NATO summit.

US President Barack Obama, German Chancellor Angela Merkel, French President Francois Hollande along with the leaders of some 60 countries are expected to attend the summit at the Celtic Manor golf resort outside Newport.

On Saturday, up to a 1,000 activists took part in a peaceful march through Newport protesting against NATO expansion and what one of the organizers, the Stop the War Coalition, referred to as “an increasingly aggressive Western foreign policy promoted by NATO” in Afghanistan, Ukraine and Gaza, according to AFP.

Many are concerned with NATO’s increasing belligerence. Pippa Bartolotti, leader of the Wales Green Party, warned that the bloc “so many people remember as a force for defence has turned into a force for aggression” in the last decade, as quoted by BBC. Activists plan to rally for a week ahead of the summit.

Twitter users also use #StopNATO hashtag to protest against the ongoing brutal punitive operation that Kiev forces launched against the independence supporters in the south-eastern Ukraine.

Following Crimea’s reunification with Russia in March 2014, NATO has been boosting its military presence close to Russia’s border. In particular, the block dispatched a number of warships to the Black Sea and reinforced air patrolling missions in the airspace of the Baltic nations.