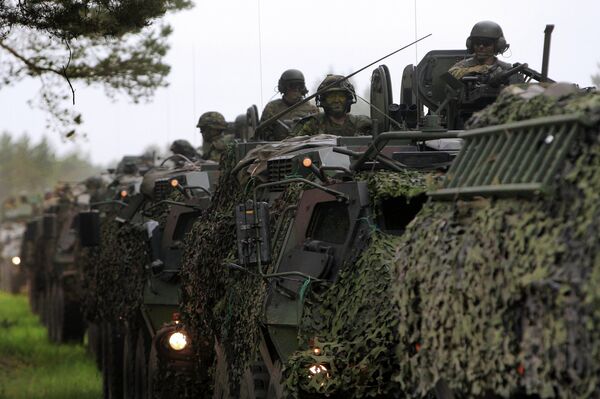 Britain will lead the forces from Denmark, Latvia, Estonia, Lithuania, Norway and the Netherlands, with Canada potentially joining in. The new NATO Response Force (NRF) will include air and naval units, as well as ground troops, according to FT.

NATO members are scheduled to meet in Wales for the September 4-5 summit to discuss the alliance’s response to Russia, which it accuses of interfering in Ukrainian affairs.

US President Barack Obama, as well as other leaders of the member states are expected to agree on a long-term plan to enhance NATO's Eastern front so that some of the forces could respond to the possible escalation of the crisis within several days.

Since Crimea rejoined Russia in March, NATO has been deploying forces to its closest territories to the Russian border to counter the alleged threat posed by Russia to the former Soviet Baltic republics.