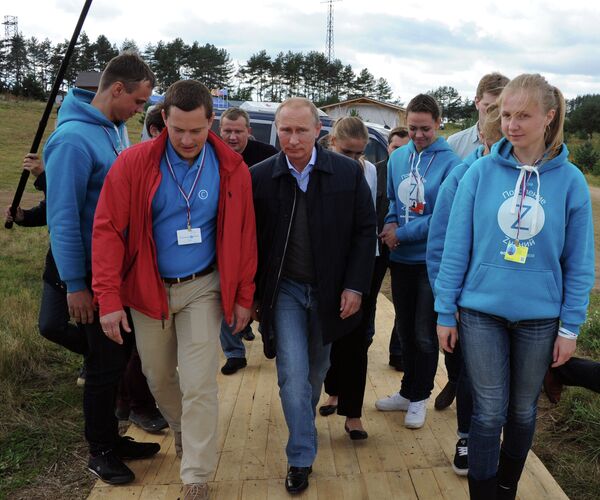 “I will instruct my administration and ask the government to work on this issue,” Putin said Friday, commenting on a remark of a participant of the Seliger youth forum, who warned of an urgent need to modernize legislation in the area of food security in order to favor Russian producers.

Earlier this month, Russia introduced embargo on the imports of several agricultural goods from the United States, the European Union, Canada, Australia and Norway.

The move is expected to boost the domestic output and to promote popularity of Russian agricultural producers.

Russia’s food import restrictions come after the West’s introduction of several rounds of sanctions against Russia.

The United States, the European Union and some other Western countries imposed the first round of sanctions after refusing to recognize the legitimacy of Crimea’s reunification with Russia in March.

As the Ukrainian crisis escalated, the United States pressed for its Western allies to follow its lead. Switzerland, Canada, Australia and Japan caved in to the US sanctions push and drew up their own blacklists. Several other rounds of anti-Russian sanctions have followed since.

Moscow has repeatedly warned that sanctions will have a boomerang effect, and will negatively affect the economies of the countries imposing them.