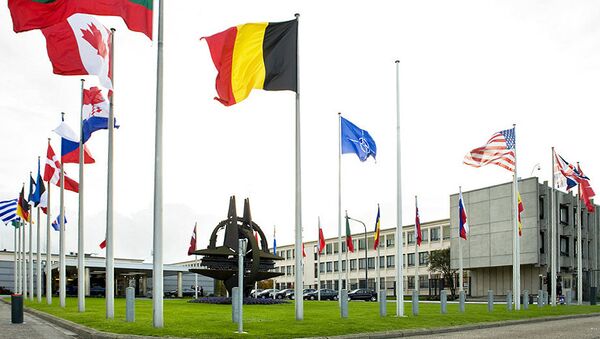 Campaigners are working to set up a so-called peace camp in Newport's Tredegar Park as thousands of NATO protesters are expected to gather in the Welsh city.

MOSCOW, August 29 (RIA Novosti) - Campaigners are working to set up a so-called peace camp in Newport's Tredegar Park as thousands of NATO protesters are expected to gather in the Welsh city.

“On 4th-5th Sept, thousands of diplomats, politicians, and businessmen, including 60 world “leaders”, will descend on Newport, South Wales, for a summit of NATO, with a media circus and police occupation to match. From Sat 30th Aug to Fri 5th Sep a week of action, protest and alternatives is planned,” the website of the Newport anti-NATO camp says.

“Wales could see its biggest protests in a generation," claims one of several Facebook event pages urging people to join the demonstrations. According to the page, “NATO expansion has created a dangerous crisis in Ukraine which threatens a regional war."

The alliance binds Europe to US foreign policy, organizers write, adding that none of the recent budget cuts in Britain would have been necessary if the country spent money on social needs rather than the military.

Several campaign groups, such as Stop the War and No NATO Newport, have been taking part in setting up the camp. According to the organizers, the camp is recognized by police and local authorities, but police officers are not welcome on the campsite.

Activists have also set up transport from different regions of the United Kingdom and even from Belgium to bring protesters to Newport.

The 2014 NATO summit will take place in Wales on September 4-5 and is expected to attract the leaders of more than 60 countries to discuss topics concerning Russia, such as NATO-Russia relations, as well as the strengthening of NATO’s ties with Ukraine and enhancing the collective defense of the alliance.