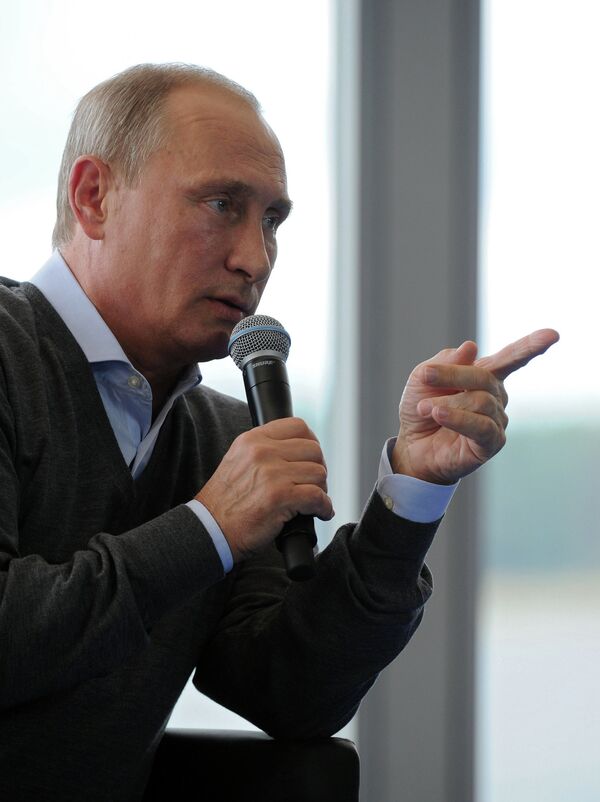 © RIA Novosti . Mikhail Klementiev
/
Go to the mediabank
Subscribe
International
India
Africa
The ongoing military operation in southeastern Ukraine clearly shows that it would have happened in Crimea had Russia not supported its vote to rejoin Russia, Russian President Vladimir Putin said Friday.

“We had to defend our compatriots there. When we look at the events in Donbas, in Luhansk, in Odessa, we can clearly see what would have happened to Crimea had we not taken measures to ensure the free expression of will of its people. We did not annex it, we did not seize it, we just gave the people a chance to be heard and make a decision. We protected them, I’m sure,” Putin said.

Crimea refused to recognize the legitimacy of the government in Kiev that seized power as a result of a February coup, and rejoined Russia after a referendum held in March, with 96 percent of voters in the region backing the motion.

In mid-April, Kiev launched a special military operation in Ukraine’s southeastern regions that also refused to recognize the new government. The fighting intensified after Donetsk and Luhansk regions proclaimed themselves independent people’s republics in May.

Over 2,500 people have been killed and more than 6,000 injured since the start of Kiev’s military operation against the militias in eastern Ukraine in mid-April, according to the United Nations.