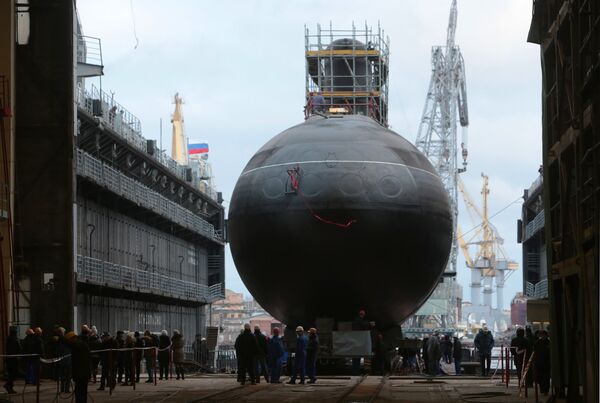 “By the end of the year the Black Sea Fleet will receive two Grachonok-class anti-sabotage boats and six service vessels of different classes. Two Project 636.3 diesel-electric submarines, the ‘Novorossiysk’ and the ‘Rostov-on-Don,’ will join the Black Sea Fleet this year,” Chirkov said.

Earlier, the commander-in-chief announced that in 2017 Russia will start building a new generation of non-nuclear submarines. The submarines are expected to be equipped with an anaerobic system that increases speed and provides submarines with the ability to remain submerged while recharging their batteries instead of having to surface to do so.

The Project 636.3 Varshavyanka-class submarines should be constructed by 2016. The third of the six submarines has been scheduled to launch Thursday in St. Petersburg. The submarines are primarily intended for anti-ship and anti-submarine missions in relatively shallow waters.