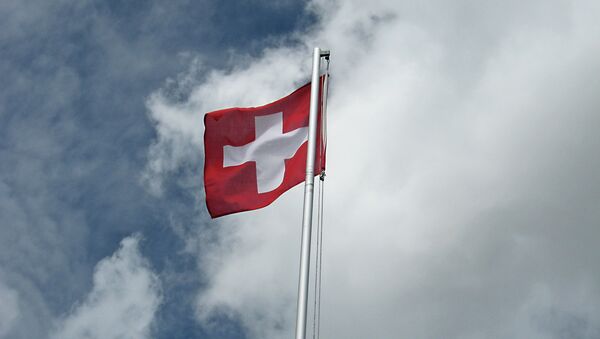 © Flickr / Cameron Gmehlin
Subscribe
International
India
Africa
Switzerland on Wednesday expanded its sanctions against Russia over the crisis in Ukraine to blacklist 11 individuals and five banks, according to the Swiss government’s website.

MOSCOW, August 27 (RIA Novosti) — Switzerland on Wednesday expanded its sanctions against Russia over the crisis in Ukraine to blacklist 11 individuals and five banks, according to the Swiss government’s website.

“In the field of finance, issues of long-term financial instruments by five Russian banks will be made subject to authorization. In future, authorization for new issues will only be granted if they are within the average financial engagement of the past three years," the statement on the website reads.

“Eleven names have been added to the existing list of natural persons and businesses with whom financial intermediaries are prohibited from entering into new business relationships and whose existing business relations are subject to a duty to notify," the statement said.

“The Federal Council has acknowledged the measures taken by Russia in respect of agricultural goods. It stresses that Switzerland is not engaged in any state measures to promote additional Swiss exports to Russia,” the statement also notes.

The first round of sanctions was imposed by the United States, the European Union and other Western countries after they refused to recognize the legitimacy of Crimea’s reunification with Russia in March.

As the Ukrainian crisis escalated, the United States pressed for its Western allies to follow its lead. Switzerland, Canada, Australia and Japan caved to the US sanctions push and drew up their own blacklists.

Several rounds of anti-Russian sanctions have been imposed thus far.

Moscow has repeatedly warned that sanctions will have a boomerang effect, and will negatively affect the economies of the countries imposing them.

In August, Russia introduced protective measures banning the import of agricultural and food products from countries that had imposed sanctions on Russia, blaming Moscow for meddling in Ukraine’s internal affairs.