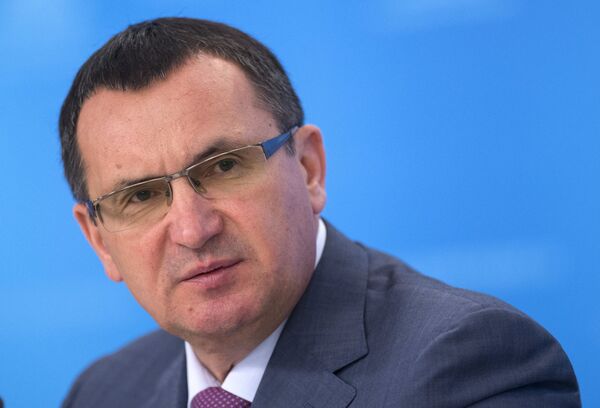 Top Russian officials have repeatedly warned that goods banned for import from countries in response to Western sanctions may be shipped into the country via Belarus and Kazakhstan, which have no customs control on their border with Russia.

«There is a plenty of «entrepreneurs» willing to make profit on the situation," Agriculture Minister Nikolai Fyodorov said during the president’s meeting with members of the Russian cabinet.

«That's why we need to step up efforts, including by Rosselkhoznadzor, possibly together with the Interior Ministry and other services, to eventually catch the violators on our territory," he went on.

Earlier on Tuesday, Russian President Vladimir Putin addressed the problem during the multi-party talks in Belarus, Minsk, saying that goods embargoed by Moscow in response to Western economic sanctions are being actively shipped to Moscow via Belarus.

The Russian leader added that exporters often replace an EU label with a new one and send the goods to Russia.

Putin proved his words by displaying photographs of a man removing a label, under which the initial producer country- Poland is revealed.

Russia has banned food imports from the United States, the European Union, Canada, Australia and Norway in response to sanctions imposed on Russia over its alleged role in escalating the Ukrainian crisis. The list of banned products includes meat, fish, poultry and milk products, nuts, fruits and vegetables, but not infant foods or goods.