Moscow Not Interested in Sanctions, Does Not Seek Confrontation With West – Lavrov 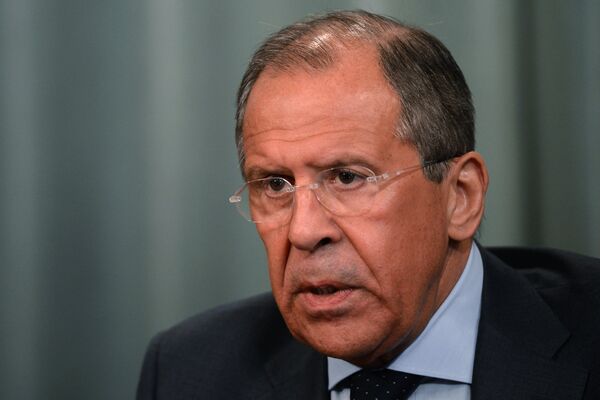 Lavrov also stated that Russia’s attempts to tackle global threats are being held back by the United States and the European Union.

“However our collective steps on the world arena on tackling all of these challenges and threats are being hampered by attempts by the United States and the West and are as a whole holding their dominating position in global life, a position to which they are accustomed to over several centuries and are artificially holding back the realization of a multi-polar and politically centralized world that reflects objective tendencies of world development,” Russian diplomat said.

The United States, the European Union and other Western countries imposed the first round of sanctions against Russia in March, after they refused to recognize the legitimacy of Crimea’s reunification with Russia.

As the Ukrainian crisis escalated, the United States pressed for its Western allies to follow its lead. The European Union, Norway, Switzerland, Canada, Australia and Japan caved to the US sanctions push and drew up their own blacklists. Several rounds of anti-Russian sanctions have been imposed thus far.

Moscow has repeatedly stressed that Russia was never involved in the Ukrainian conflict and has called the measures counterproductive, saying the sanctions could have a boomerang effect on European economies.