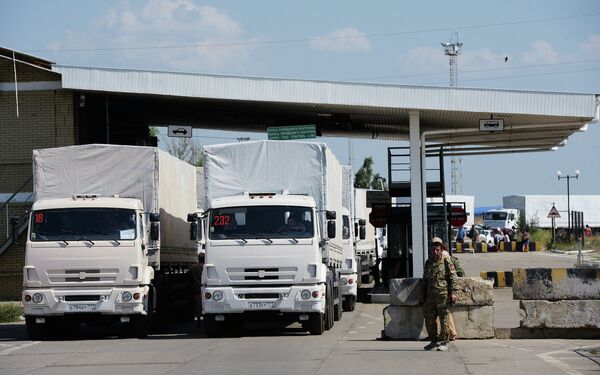 The West is trying to turn the Russian humanitarian aid convoy “… into a duplicitous dangerous act because it would better fit with the kind of scenario that they have been putting forth about Russia being a predator or being the provocateur,” says prominent US political analyst Michael Parenti in an interview with Radio VR.

The West is trying to turn the Russian humanitarian aid convoy “… into a duplicitous dangerous act because it would better fit with the kind of scenario that they have been putting forth about Russia being a predator or being the provocateur,” says renowned author Dr. Michael Parenti, a political scientist from Yale University, a historian, and a cultural critic, in an interview with Radio VR.

Dr. Parenti is the author of over 23 books whose works have been translated into 18 languages. He has given frequent lectures all over the world on a wide range of subjects and is the author of a college level political science textbook. Dr. Parenti’s working class roots may have figured into his motivation to be a defender of the little guy, the exploited and the victims of empire. He has proven himself to be a champion of the truth and a consistent defender of the underdog.

The Russian Federation recently sent a convoy of 270 trucks (with another convoy scheduled to depart in the near future) carrying more than 200,000 tons of humanitarian aid to provide much needed relief to the civilian population of the besieged Donetsk and Luhansk People’s Republics. Dr. Parenti stated that: “The caravan proved to be full of peaceful materials (food and medicine and things like that) and that doesn’t look good from their view. Their goal is to try to make the Russians look as bad as possible, to justify their own aggression against the eastern Ukrainian people and the Republic they tried to set up.”

The humanitarian mission and the Russian Emergency Situations Ministry (EMERCOM) met with an unprecedented icy reaction from the West. EMERCOM has even helped the United States on several occasions. The accusations levied at the relief trucks ranged from “covert weapons supplies” to “outright invasion”. Dr. Parenti believes that Kiev is attempting to “pacify” the eastern regions and “the way to pacify them is to terrorize them into submission.” All the while, the West has been saying: “… it is the Russians who are aggressing and who are threatening and who have these big terrible white trucks that may destroy us all!”

Members of the western media have even attempted to shed an ominous light on “empty space” in trailers, obviously showing their ignorance that trucks have a certain weight limit (approximately 40 metric tons). A trailer filled with toilet paper would be packed to the roof but one with baby food would only be loaded with pallets about waist high. Dr. Parenti shrugged off the idea that the trucks may be covertly supplying weapons, saying: “… the tanks and the artillery and the firepower and the white phosphate bombs, which burn people to pieces if they get touched by the stuff, all of that is being provided by Kiev.” 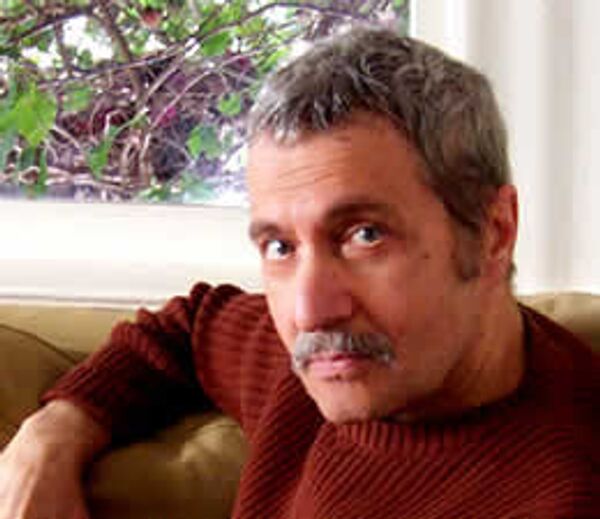 Dr. Michael Parenti, a political scientist from Yale University, a historian, and a cultural critic

While discussing the situation in Ukraine which he characterizes as the overthrowing of a “democratically elected government” with “a new government put in with Nazi and Right Wing groups playing a central role,” Dr. Parenti mentions “… a memo from the Rand Corporation that was circulating among the Ukrainians and the Kiev Group that said things like: ‘… you move in on the people, cut off their electricity and water, try to discourage their food supplies and yes you may have to use and you will use non-conventional weapons.’” Dr. Parenti says Kiev has done all of these things including the use of white phosphorous. He says: “… the Rand Corporation is a ‘think tank’ that is in the pay of the Pentagon which comes up with suggestions and operational plans,” and that they (RAND): “… talked about what is to be done in this situation, and they have been doing it, using heavy artillery, heavy armor and they have been very destructive of various eastern towns.”

The reckless tactics of the Kiev military are touched upon by Dr. Parenti who says: “They are not discriminating between armed soldiers and civilians and are rounding up any people who show signs of fighting, if they have any burns or bruises on their hands…”
He says we are seeing a “very mean spirited and brutal war against the Russian speaking eastern Ukrainians with almost 2,000 people having been killed and hundreds injured or made destitute after their homes have been blown up.”

The involvement of NATO in Ukraine is a topic which few talk about and in fact about which little is known and Dr. Parenti touchs on the issue by saying; “While this is going on (the punitive Kiev war) you have NATO waging a war of attrition against these people.”

Against the backdrop of the negative media campaign against the humanitarian convoys and the non-reporting of alternative narratives on the Ukraine crisis,

Dr. Parenti says that in the West “We hear nothing from Putin. We never see a word of what he says, we never hear his statements or comments. All we have are these commentators speaking ironically and with alarm and disparaging tones” asks the question: “What exactly has Putin done that is so wicked and evil? He is not the one collaborating with Nazi groups. He isn’t the one who is killing eastern Ukrainians.” Regarding Russian troops Dr. Parenti makes the point that if Russia was planning to invade there would be huge numbers not merely what is currently on the Russian border, as any country has the right to have troops on their own borders.

Dr. Parenti also says: “President Putin is not trying to dismember Ukraine but he has been giving some protection to people in eastern Ukraine, not just slaughtered out and out.”