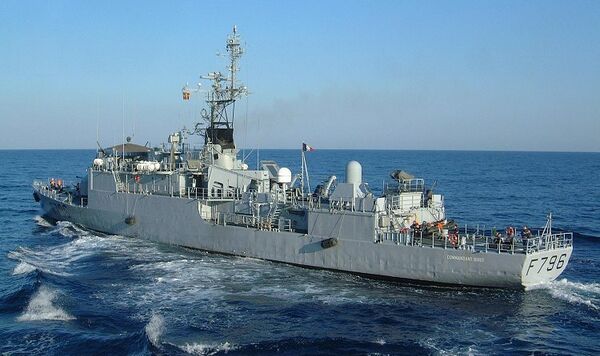 “Two NATO vessels will arrive in the Black Sea on September 3: the USS Ross destroyer and France’s Commandant Birot frigate,” the source said.

Only one NATO ship is currently stationed in the Black Sea, the Dupuy de Lome, a French intelligence vessel. Recently, the USS Vella Gulf (CG-72) cruiser, operating in the Black Sea since August 7, was restationed.

As soon as the vessels reach the Black Sea, scheduled for September 5, the Dupuy de Lome is to return to regular station, the source said.

The source also noted that the rotational presence of NATO ships in the sea does not help maintain stability in the area.

According to the Montreux Convention, naval vessels of non-Black Sea nations can stay in the Black Sea no longer than 21 days. Earlier this year, the USS Taylor (FFG-50) violated the convention, exceeding the time limit by 11 days, Turkey’s DHA news agency said in May.

The group of NATO ships in the Black Sea reached a record number of nine vessels in July, the most significant presence in recent decades. The group included the USS Vella Gulf (CG-72) cruiser, France’s Surcouf frigate, Greece’s Macitis corvette and Italy’s Elettra intelligence vessel, among others. Additionally, in July Bulgaria held the Breeze 2014 naval drills, involving the ships of the Standing NATO Mine Countermeasures Group 2.