Russia Plans to Supply India With A-50 Aircraft – Aircraft Company 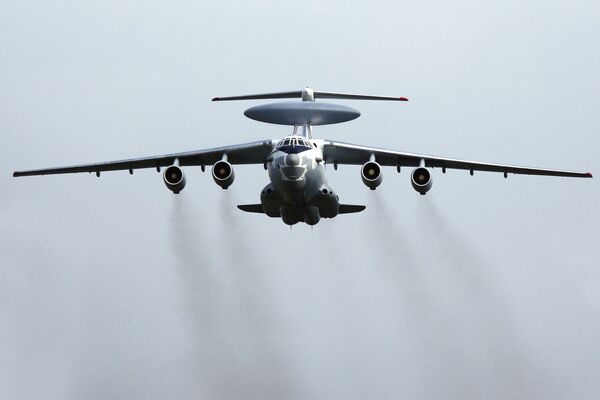 “We plan on signing a deal with the Republic of India to deliver the A-50 aircraft,” Garivadsky said.

The planes have a maximum take-off weight of 190,000 kilograms (419,000 lbs) and can fly for four hours straight without refueling, carrying up to five flight crew members.

Earlier, it was reported that Indian troops had arrived in the Russian city of Lipetsk to participate in the Aviaindra 2014 joint air force exercise, which is to take place from August 25 to September 5.

According to Russian Defense Ministry Spokesman Col. Igor Klimov, officially the drills are to start on August 29, but prior to that the Indian pilots will be able to see the areas of the forthcoming flights and test their piloting skills on modern simulators in the Lipetsk State Aviation Center. The anti-aircraft personnel will have the chance to familiarize themselves with anti-aircraft missile systems at the air force training center in Gatchina, Leningrad Region.