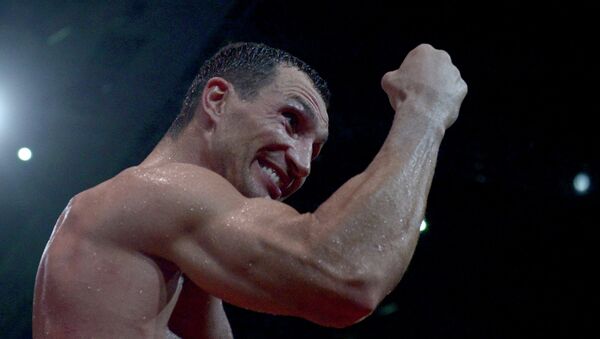 The bout between the 33-year-old Bulgarian and the 38-year-old Ukrainian was scheduled for September 6 at the O2 World Arena in Hamburg, Germany.

According to the Bild, the fight will now be postponed for at least two months and will most likely be held in the end of October.

Klitschko trained hard in Tyrol, Austria in order to prepare for the fight against Pulev. He has had 15 sparring partners, with whom he had up to 12 rounds every day. Klitschko got injured during one of the training sessions.

The mandatory defense of the IBF version World Champion title would have been Klitschko’s 66th professional fight. During his professional career, he has lost only 3 fights. Wladimir Klitschko has set a record of 52 knockouts in 62 fights.

Wladimir Klitschko is the current world WBA, IBF and IBO World Champion with the most title defenses for those organizations.

Kubrat Pulev is an undefeated heavyweight boxer, who was won all 20 out of his 20 professional fights, with 11 by the way of knockout. Earlier, he said that he was ready to replace Klitschko as a champion.