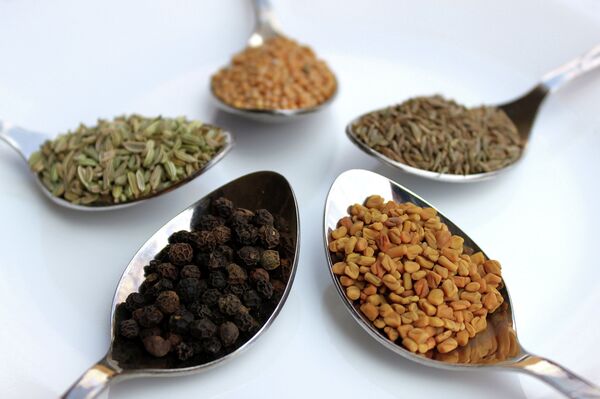 “It is only helping them [Indian businesses]. We’ve always had good relations between the two countries on the government level. Now this relationship is going down to business circles. Local authorities are understanding this, they are definitely going to promote trade between these two countries,” Kotwani said.

The alliance president believes that sanctions against Russia are insignificant and do not have any real economic effect, and are merely psychologically pressuring, causing some panic. At the same time, Kotwani says the sanctions are having a positive effect as well.

“We believe that sanctions are small, they didn’t have any effect. But psychologically Russians are getting more problems with the sanctions, they have a panic situation. Media has made panic among Russian people. But legally there is no problem, sanctions are very small,” Kotwani said.

At the same time, the sanctions are helping Russia determine whom to trust.

“With closed eyes Russia trusted Europe and America. But they were never friends with them. Russia trusted them. But there was no same trust from the European side, from the American side,” Kotwani told RIA Novosti.

“We Indians were the oldest friends. We feel that what we were telling them that India and Russia should unite, the BRICS countries should unite to form a stronger alliance. We should trust the old allies, and not the new ones,” the alliance president added.

Kotwani stressed that both Russia and India need to change old stereotypes about one another, to learn more about business perspectives.

Western nations have imposed several rounds of sanctions against Russia over its alleged role in the crisis in Ukraine.

The first round of sanctions was implemented by the United States and the European Union back in March as a response to Crimea’s reunification with Russia following a referendum.

As the Ukrainian crisis escalated, the United States pressed for its Western allies to follow its lead. Norway, Canada, Australia and Japan also responded to the US sanctions push and drew up their own blacklists.

The European Union has so far imposed a total of nine rounds of sanctions, two against the former Ukrainian leadership and seven against Russia. Washington has adopted a total of six rounds of anti-Russia sanctions.

In August Russia introduced protective measures banning the import of agricultural and food products from countries that had imposed sanctions on Russia for a year. The list of banned products includes meat, poultry, fish, seafood, milk, dairy products, fruits and vegetables.