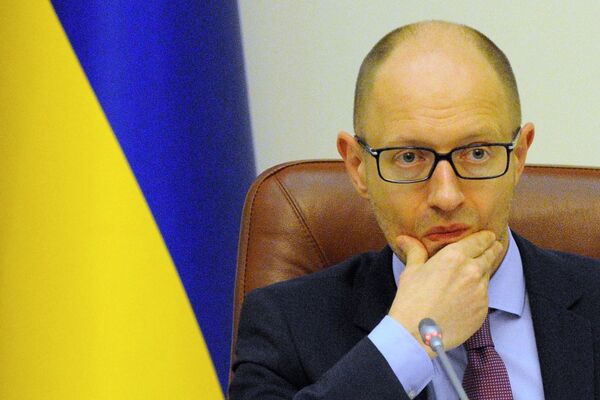 “Can Ukraine now survive without Russian gas? No, it can’t. How much Russian gas do we need to buy? About 5 billion cubic meters,” he said in an interview with Ukrainian TV channels.

He said that three-party gas talks, involving Ukraine, Russia and the European Union, are scheduled to take place next month.

“I hope there will be some final stage to these talks,” he said.

He added that Kiev had reserved $3.1 billion for gas purchases in the National Bank of Ukraine.

On June 16, Russian gas giant Gazprom introduced a prepayment system for gas deliveries to Ukraine amid a dispute with Kiev over its $4.5 billion gas debt. The European Commission and Gazprom anticipate problems in winter, when Kiev is likely to run out of its own gas reserves.

The Russian compromise was a $100 discount to the contract price, bringing it down to $385, as well as a phased debt repayment scheme. Ukraine declined the offer, dissatisfied with the discount mechanism. Current Ukraine’s gas debt is estimated to be more than $5 billion.