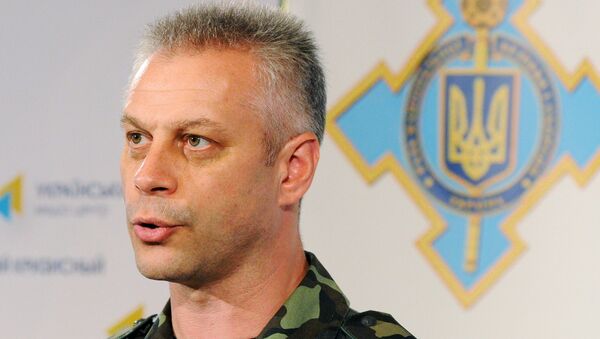 “We cannot assume it [that the convoy crosses the border today]. We understand that the cargo will be sent from Donetsk and Rostov regions to Luhansk, the end point, from where the Red Cross will transfer it to the regions,” Lysenko said.

The spokesman did not elaborate how many trucks are being inspected.

Earlier in August, in light of the worsening humanitarian situation in Ukraine, Russia suggested sending an international humanitarian mission to eastern Ukraine under the auspices of the ICRC.

The convoy comprises 280 trucks carrying about 2,000 tons of humanitarian aid, including baby food, medicine, grain, sugar, sleeping bags and other necessities. The trucks set off from Moscow Region on August 12, heading toward Ukraine’s conflict areas.

However, the convoy has been stuck on Russia’s border with Ukraine and Kiev had been sending conflicting reports on whether the cargo would be allowed to proceed into eastern Ukraine. After lengthy negotiations Kiev finally recognized the cargo as humanitarian aid.