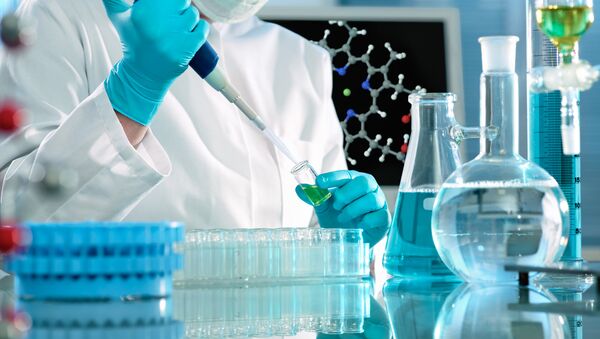 "We agreed with Guinean authorities that our specialists would work in the field and help in the fight against Ebola using special medical diagnostics," Semyonov said. A group of several dozen scientists from Novosibirsk and Saratov will travel to Guinea later this week, he added. The laboratory will be deployed using KamAZ trucks at a campground.

"The fight is going to be tough, the time required to eliminate the epidemic is estimated at five months... We are closely monitoring the situation," the scientist said.

Semyonov said Russia has already developed a vaccine for the prevention of Ebola, which has already proven successful in preliminary trials.

Ebola hemorrhagic fever is a disease transmitted through direct contact with the blood or fluids of the infected. There is no licensed treatment or vaccine for the Ebola virus, which has a fatality rate of up to 90 percent.

The ongoing Ebola outbreak is the worst in history and started in Guinea and spread to Liberia, Nigeria and Sierra Leone. According to recent World Health Organization estimates, the death toll from the virus has exceeded 1,140. A total of 2,127 people have been infected.

Several companies are currently working on anti-Ebola drugs, but they are in the experimental stage and have only been tested on animals and a handful of humans.

Last week, the WHO declared it ethical to use untested drugs to treat victims of the outbreak.