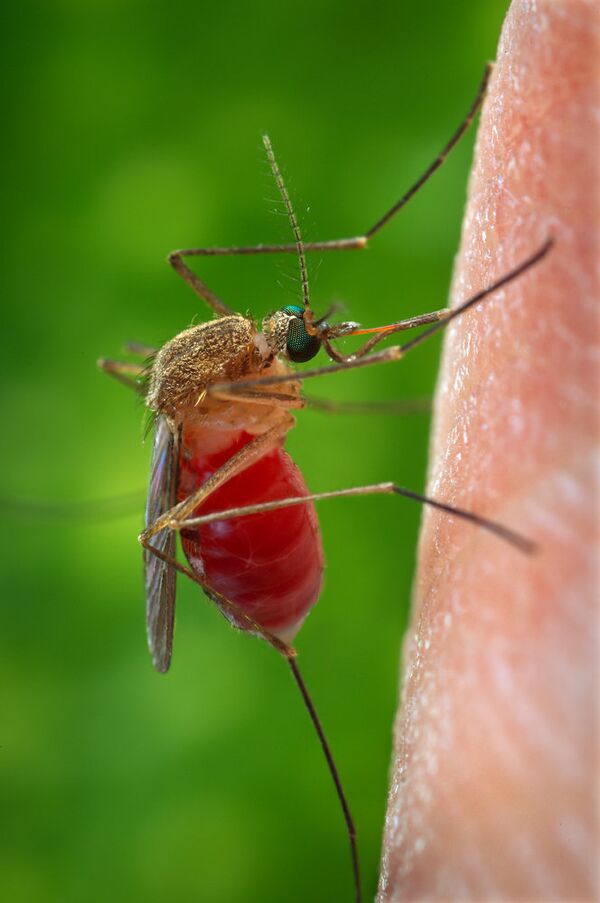 Genetically modified mosquitoes could be the answer to eliminating deadly mosquito-borne illnesses such as Dengue fever, Reuters reported in a video released on Wednesday.

MOSCOW, August 20 (RIA Novosti) - Genetically modified mosquitoes could be the answer to eliminating deadly mosquito-borne illnesses such as Dengue fever, Reuters reported in a video released on Wednesday.

“What we do is release males into the environment so they can mate with the females. The sperm of our male enters the egg and transmits the gene to all of his descendants. The first line of descendants will inherit this gene and then will die,” Sofia Bastos Pinto, the production supervisor of the Oxitec lab in Brazil, explained in a video interview with Reuters.

UK-based Oxitec has created a potential solution to Dengue fever outbreaks through the Oxitec Control Programme, which eliminates the local mosquito population through the use of a deadly gene, for mosquitos, according to the company’s website. A recent trial reduced a population of dengue mosquitoes by 96 percent, Reuters reported.

Bastos and her team are producing the genetically modified mosquitoes for Oxitec at a lab in Campinas, Brazil, a town that has suffered from 40,000 cases of Dengue fever so far this year, according to the video.

"We know we are in the process, but it is a new thing, it is the first transgenic insect in the world which will be approved to be used for commercial purposes. So, it takes awhile to be resolved,” Bastos explained in the video.

Although Oxitec claims the genetically-modified mosquitoes cannot harm humans since only females bite, scientist are still worried the localized extinction of mosquitoes could have adverse ecological effects, according to online media publication ChinaTopix.

The company is awaiting National Technical Commission on Biosafety (CTNBio) authorization for large-scale production. For now, the experiments can only be performed within specific isolated projects supported by individual municipalities and supervised by the Ministry of Health, Rac Correio Popular reported.

Bastos claims success of the program would not only protect further Dengue fever infections, but also combat other vector-borne diseases such as malaria, Reuters reported.

According to the World Health Organization (WHO), over 2.5 billion people, or about 40 percent of the world's population, is currently at risk of contracting Dengue fever. WHO estimates there may be 50–100 million infections per year worldwide. There is no specific treatment or vaccine for dengue.